How to Mate these Parts? 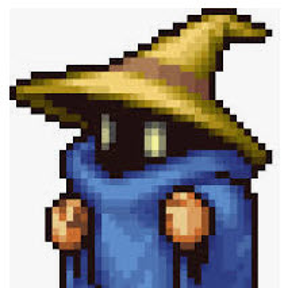 I have 2 Instances of the Links (gray) that I would like to have the Pin mated cylindrical and centered between as shown in the pics below. 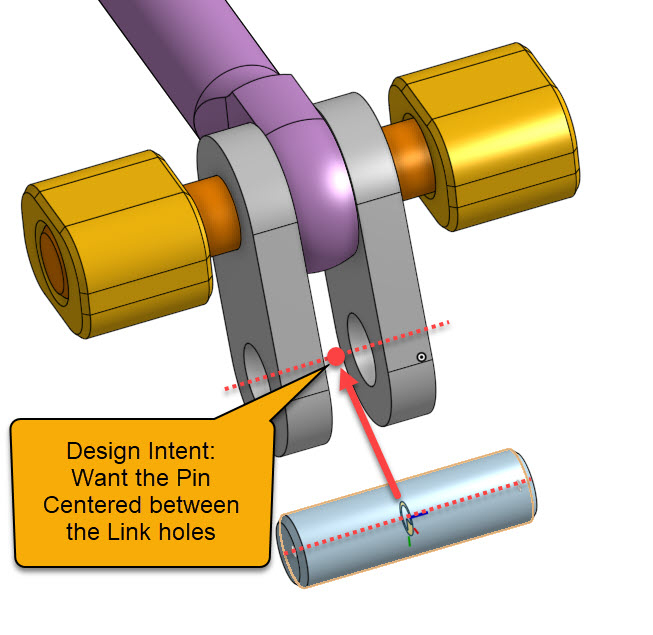 I tried to create an "implicit" Mate Connector between the 2 Links, but cannot because the error says they can't be from the same instances (as shown below). 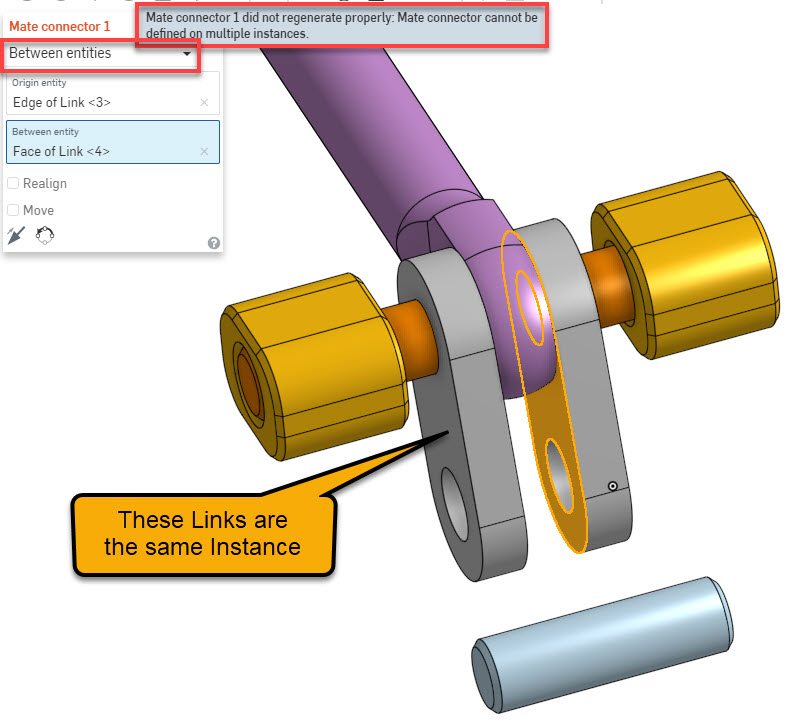 What's the best suggestion on how to mate this scenario with that design intent in mind. I want to avoid offsetting by an input distance to keep the Pin centered between the 2 links because that may change and I want the system to deal with that math as the design changes.

Thank in advance for any guidance.
Tagged:
0