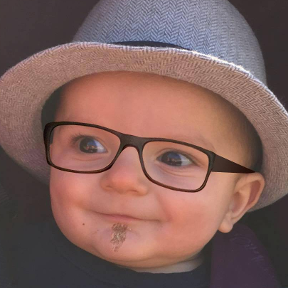 tim_wheeler Member Posts: 16 PRO
June 2020 in Product Feedback
A question for ONSHAPE users.  Are there any other users who do manufacturing via machining?

Are there any other users who are limited by the lack of feature variables in the Hole Tool?

The hole feature continues to be a limiting feature for implementing OnShape as our main CAD system.

The hole feature contains only fine and course Straight threads, lacking tapered threads (NPT, NPTF) as well as other port taps for SAE, BSPP, BSPT, and no provision for other standard thread pitches found in any machinist handbook.

In addition, we can not adjust for different tool nose angles, giving us only the option for a counterbore, or standard drill tip angle.  (We commonly use 150 degree drill tips to speed up some functions while limiting hole depths beyond target depth.

These are basic feature variables present in Solidworks, AutoCAD, Inventor.

We purchased our seats of Onshape in November of 2017 with the verbal commitment that these features were forthcoming.  In fact, we even were told that developing feature script custom code would not be a good idea (we were not excited about having to do it, anyways) as when the feature was updated in the near future to included these variables, we would have to go back and update our design models, or have a group of documents that would have to be maintained outside of the norm.

Onshape's innovation to that date was impressive, and we were excited to see what Onshape would bring to the table, as we envisioned an even more comprehensive answer to the issue than we have seen with other CAD packages.  For instance, we have parts that would benefit from indexed threads that would control where threads begin and end;  a 3D-accurate thread feature would be an excellent option on some features.

Well, here we are in 2020 and the feature has remained untouched with the exception of adding PEM fasteners.   (We don't do sheetmetal design or fabrication)

I'm confident the Onshape team can give us something much better than what has been offered by their competitors, but at this moment, I'd just like the same basic features available in our other CAD packages so I can move forward with making it our main CAD tool for our manufacturing.