I come from AutoCAD, more directly Mechanical Desktop. I graduated from Mesa Community College in Mesa, Arizona with an Associate in Applied Science, in Applied Technology-Mechanical Drafting. I loved MD. To my own demise, I fought really hard against Inventor, and even SolidWorks. In high school, the first cad system I used was Turbo CAD. So in 2014, I decided it was time to say good bye to my beloved MD, and find a new system. I tried going back to Turbo CAD. Yet it had no flow to me. Then I found a great deal on Iron CAD. Then a few other cheap programs. Again, they all had no flow. They were choppy. Taking multiple steps to do the simplest operations. In early 2015 a friend told me about Onshape. I was hesitant at first. Planes, I had a mental block and hated planes. In MD there was just the UCS, and moving or rotating it to anywhere just took a few key strokes. Third, I created everything in the same model space. Which made it easy and helpful to build off other parts. There was no “one part per one file”, or whatever. So when Onshape introduced “edit in context”. I was thrilled. Now I see the advantages of not having everything in one file. At first I was turned off that all my data was “in the cloud”, but at some point we have to get on the train, right? The final deciding factor was the price. To me, it is a “no brainer”. Once I started to really use Onshape, I realized that planes were really the same as the UCS in MD. Then I found out that Onshape had the same “3 point” option for planes. It was then that I knew Onshape was the one for me. I have cerebral palsy, and with my physical limitations, it is hard for me to get my point across. Yet, with Onshape I can design exactly what I am thinking, down to the tiniest detail. Which transcends all limitations!!! Onshape is still evolving. Yet, at rates that are mind blowing, compared to other systems. I do have to say, the support team, is incredible. Top notch, fast, just amazing! I am Ed McGuire with CP-CAD & Design LLC, and I love Onshape!!! 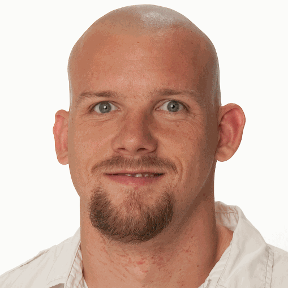