evRaycast not reporting all face intersections

Cappie_Pomeroy Member Posts: 10 PRO
July 2019 in FeatureScript
I'm trying to use evRaycast to get all points where a ray intersects the face of a body.  It mostly seems to be working however I have run into a strange issue.  A single point is missing from what I would expect to be an intersection.  I've included a screenshot where I have circled the "expected point" in black and a link to a document with a simplified version of my script that has the same issue.  Anyone have any insight into this?  Possible workarounds perhaps?  It appears that I can get the point as an EntityType.EDGE intersection.  I want to filter by FACE because  otherwise I end up with a lot of very close duplicate points in the RaycastResult of EDGE as expected.  I would like to avoid filtering in a more computationally intensive way because eventually I will be iterating over thousands of rays.
Document Link:
https://cad.onshape.com/documents/08b3f92fb9a4db3fc2442eec/w/50de6093c1f35f6e105c2106/e/a05f2f15bc4d296fe8d25cc8
Thanks!
Cappie 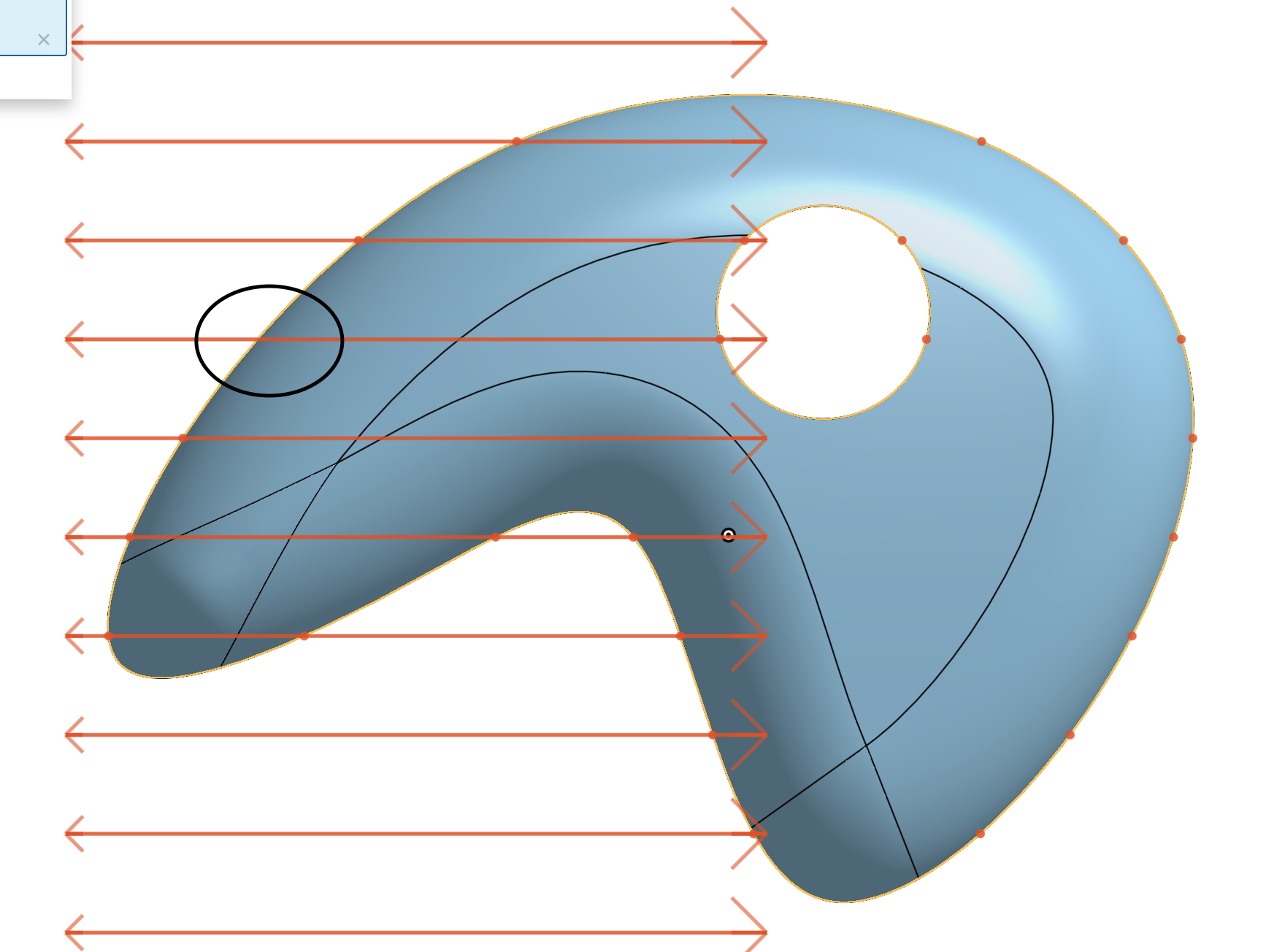