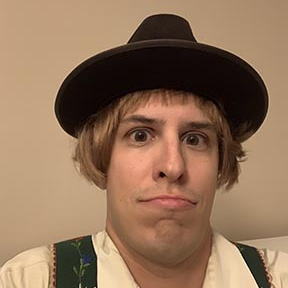 Ed_in_3D Member Posts: 5 PRO
May 2020 edited May 2020 in Product Feedback
I have found multiple posts on this going back years and no change from onshape.

Onshape should have a mode to change selection behavior for selecting multiple items from toggle to ctrl/shift + click.

There are two big drivers for why you would want to use the keyboard to select multiple items.

1) The vast majority of all desktop software works like this.

I don't want the overhead of remembering that the ONLY piece of software I use had its own special selection mode. And it's really not even a matter of memory but muscle memory. Unless you're only using onshape all day, every day, you're not going to train it out. I don't care if that's how NX works- most of your users aren't coming from NX. Not only that, they're emailing, browsing, using graphics or CAM software at the same time as onshape, and IT ALL works in a manner where if you click on one thing with out holding ctrl, whatever you had clicked before is deselected.

2) It is WAY too easy to accidentally select something without realizing it.

At this point I've been using it long enough to have had many occasions where something I didn't think was selected WAS in fact, and then this causes major problem when I edit or run a command. This is mostly an issue with a long tree where every item isn't visible. Having a "deselect" option is a band-aid on a usability problem, as if I don't realize I still have something selected, I'm not even thinking about deselecting it. Example: you click on a feature, press delete, and then realize some other feature was also selected. Now your model is completely broken. It is very annoying.

The majority of what we do is click on one thing and edit it. Many things can ONLY be edited selected alone. By forcing the interface to select multiple items just by clicking, you're actually forcing me to work less efficiently as I need to break my behavior to interface with your interface, if you get my point. Just because less clicks are logged with a particular interface doesn't mean that the user finds it to be more efficient, or faster. Asking me to deselect each time after completing an operation on a single tree item is just as inefficient as needing to hold control to select two items.

There are multiple posts on this and it seems that onshape's opinion is "NX does it" and/or "just stick with it".

I'm sorry but as a product designer, forcing this mode is just not acceptable. You can't tell the user that something is better without a good reason. You can't change decades of training and muscle memory without a great reason. Software counted click efficiency is not a great reason. User perceived click efficiency is. When you have users that tell you they don't like working this way, listen to them. When you say, it's more efficient so just keep using it, and they say "no it's actually not more efficient" you should put some effort into understanding why.

Adding an option for selection preference is not impossible, or a giant programming effort, so I wish you guys would just LISTEN to the user base. Some people like it, some people don't. For every person who comments here you have 100 or 1000 that feel the same. You can't take the people who say they love it and overrule the people who don't. I can tell you out of the ten mechanical engineers I've talked to about fully switching to onshape, the general consensus is that someday it might get there but right now the whole experience is a little too painful in the industry environment. I'm not trying to say we represent everybody but there is something to be said for minimizing usability hurdles, even if you think you're improving the "old way" with a new solution.

Sometimes the toggle select is nice but on the whole, it is really, really inconvenient to try to shift brain modes when, as far as using this software goes, it is completely unnecessary. It feels like I'm working really hard to make your environment comfortable right off the bat, which is already a chore coming from Solidworks. I get it- it's different software- but it is such a BASIC function that you have to offer a standard mode of use. You have the mouse controls (scroll, zoom, etc) selectable by software type (Solidworks, PRO, NX, etc), which means you recognize that drastically changing the control interface is a problem. Why don't you see this issue as one? I'll say, after 9 months of using this on and off, I hands down hate the toggle mouse interface. I'm not alone. I'm glad there are users that are happy with this but if you want this to be a piece of professional software and not just a hobbyist tool, then listen to those of us who have to use CAD for hours on end, months on end. You don't have to delete it, just give us the option to change it.

I hope this essay of a post gets some legitimate attention.