How to find smallest bounding box for part?

I've been using OnShape for a while but I'm just getting into FeatureScript. The first one I'm working on is a way to generate a BOM that can be imported into Cutlist Optimizer (https://www.cutlistoptimizer.com/) when working with plywood or MDF sheet goods. I've tweaked the default "Part Bounds" table and created a "CutList Optimizer" table that reorders the columns and also consolidates parts of the same size into one row by adding a "Quantity" column.

What I want to do next is figure out a way to get the true dimensions of a panel when it is off axis. Right now if there is a part that is not strictly parallel to the XYZ planes, this FeatureScript mismeasures it because it uses the World Coordinate System. How can I make each part use its own coordinate system that minimizes its bounding box?

These pictures show what I mean. Each part of the assembly table on the left has faces that are parallel to the XYZ planes. The lone panel on the right does not have faces parallel to all 3 of the XYZ planes, and the CutList Optimizer featurescript table shows its calculated bounding box. I want this to show 24in x 12in. 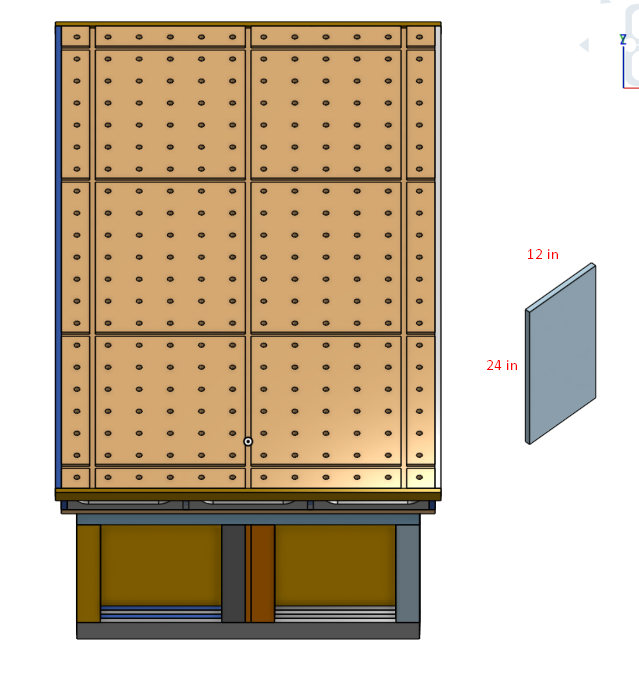 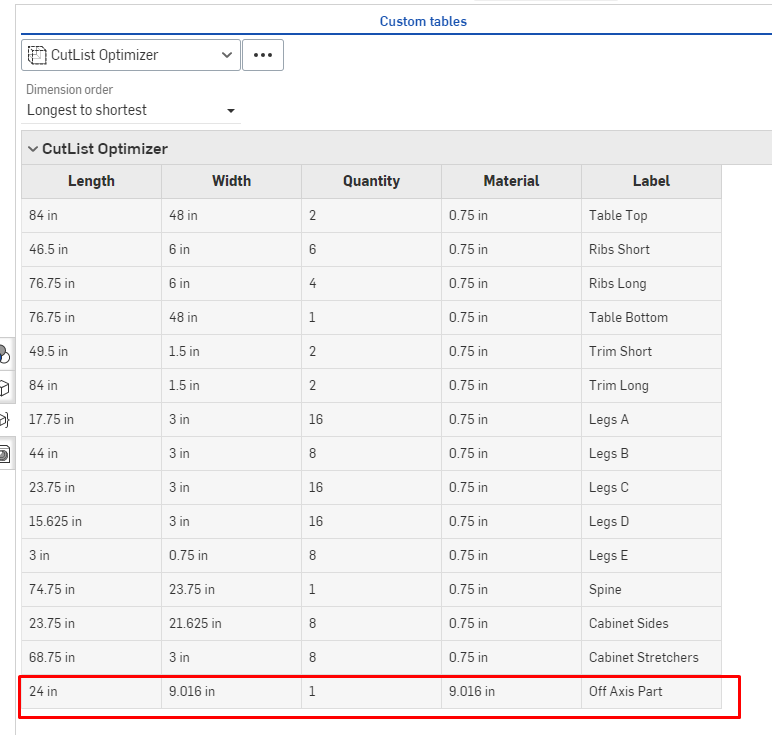