Multi-Part Studio Added to Assembly in Context - How to get Multiple Parts into Assembly?

I have probably not followed the correct etiquette with this but I've built the majority of my assembly as in context additions.  Which results in multi-part part studios being added.  Now generally I can remember to select everything so that it inputs all the different parts into the assembly.  However sometimes I update a Part Studio or miss something and it doesn't put all the correct bodies into the assembly.

Now is there a way to update or input the parts manually from the part studio?  I still have trouble with the mates and other connecting functions in Onshape which is primarily why I build in context as I go.  I generally have bad results with mates breaking things - even if they're all built in context and using the same origin.  Anyways that's a whole other issue.

But for example I have a power cable that I started out in context from the Main Assembly.  Then in the Part Studio I built the two parts, but forgot to select both entities when clicking ok on the top "Insert Into Assembly" dialogue that shows up when doing that.  So now it's imported one part but not the other.  Is there a way for me to select the missing part and get it into the assembly easily?  I can't seem to find any sort of "update context in assembly" function in the part studio, and the only way I've managed to get something similar worked out is by versioning a part studio and updating the context in the feature tree.

Hopefully that's not too confusing.  I've provided a couple screenshots below of my problem.  The first is the two-part Studio.  And then you can see how it's imported into the Assembly.  Is there a way to get the cable part into the assembly in the correct position from the Part Studio window?  or will I have to either redraw it, or manually insert just the cable piece? 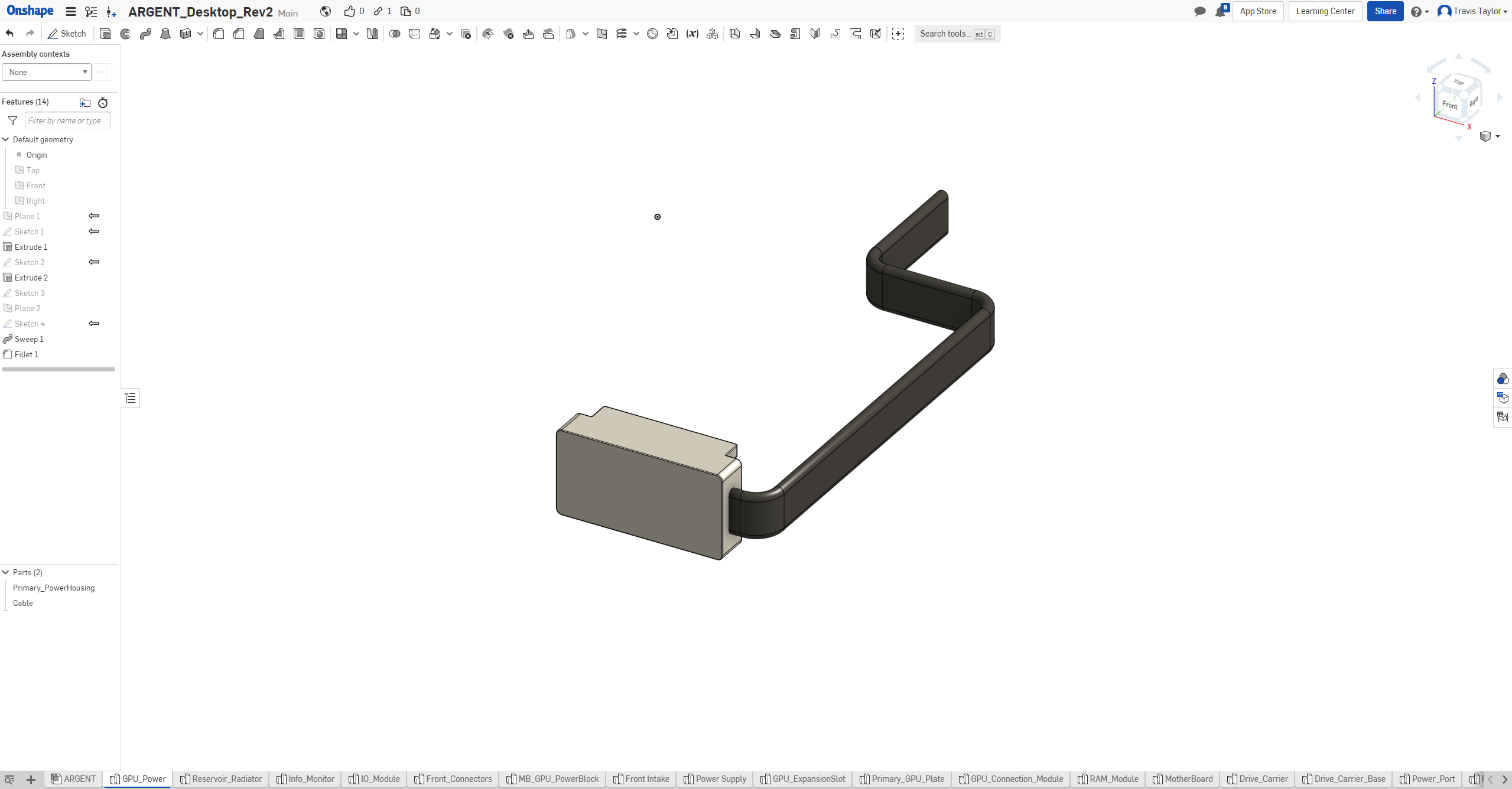 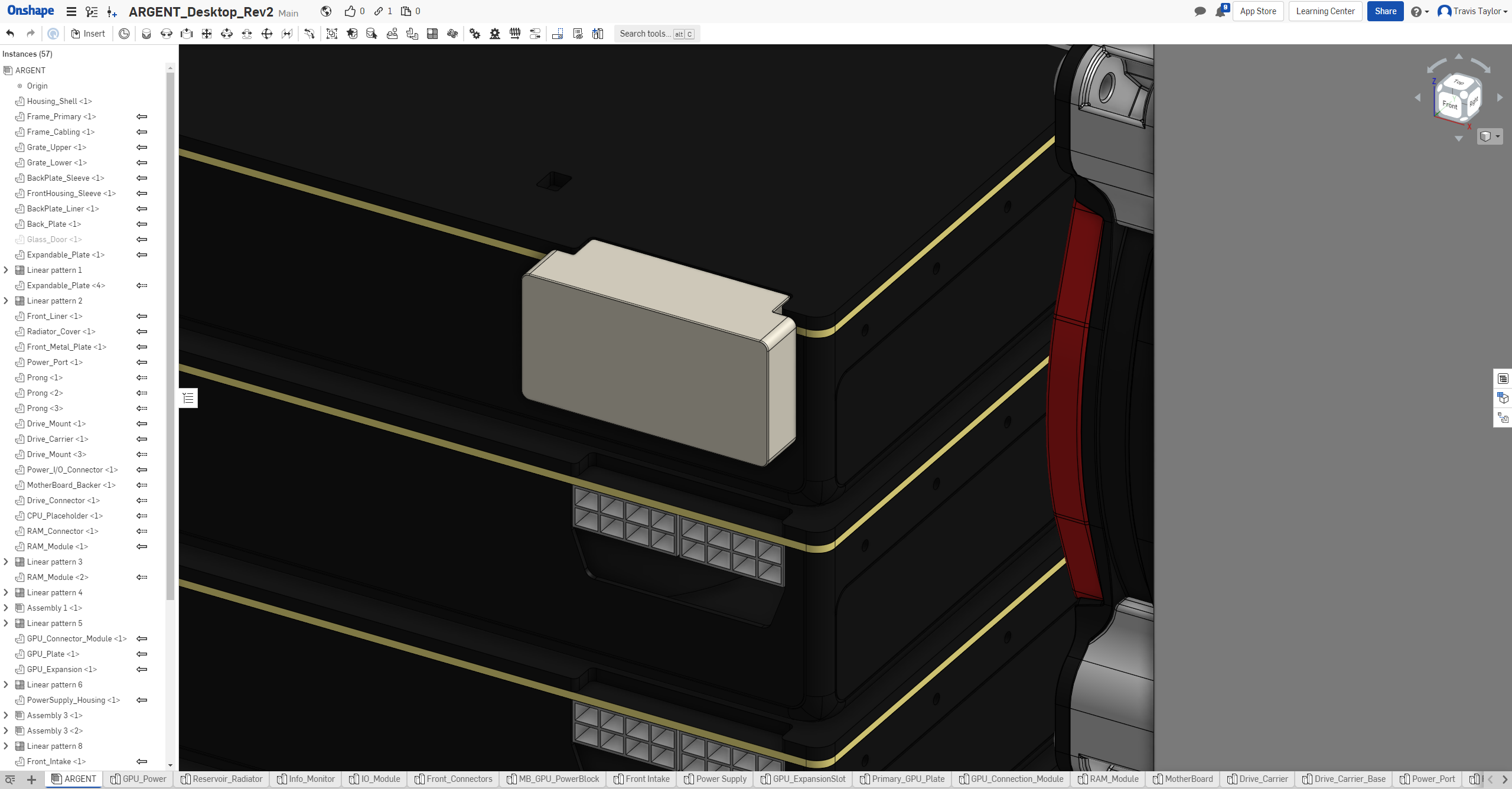