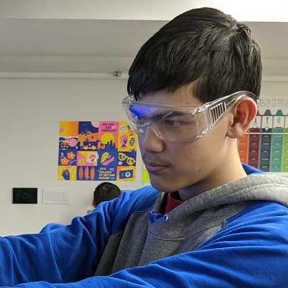 Alex_Kempen Member Posts: 219 EDU
November 2020 in FeatureScript
Hello,
Last night, I had the idea to make an improved FeatureScript variable library FeatureScript by using attributes to store variable parameters on an arbitrary part. The benefit of this implementation is that it allows for a very user-friendly approach to creating variable libraries, since variables can be easily created through the Create Variable Library UI, which includes options to make variables from an imported CSV file as well as through an array parameter. Each library is stored in a part studio in the form of "library cubes", and users can thus pick and choose which specific variable libraries they want when running Use Variable Library for the first time.

These features seemed very useful to me, so I spent the day throwing together a two part FeatureScript which could accomplish this; one to create libraries, and one to import them. Unfortunately, I ran into some errors when using lamda functions as variables, such as this example:
The issue appears to be that functions as variables are unreliable in a way in which regular, non function variables are not. For example, I can consistently create an Onshape internal error through the following procedure:
1. Create a Use Variable Library function targeting the entire Variable Library Studio (importing 21 variables, including several functions)
2. Using a variable function in the part studio
3. Changing the Use Variable Library function to target only the specific variable library containing the variable function used in the part studio
This procedure results in the following Internal Error:
Furthermore, it appears that using functions in two or more part studios at once is impossible; Once a variable library containing functions has been called in one part studio, attempting to use the same variable library prevents functions (but not other non function variables) from being used in the second part studio. Obviously, this behavior is very strange, and I'm curious as to whether there are ways I can get this to work, as it would be very handy to be able to easily import variables with common values and functions into all of my Onshape projects.