How do I create a Part Studio in context to an Assembly without loosing the update feature?

michael_schaub Member Posts: 9 ✭
March 2021 edited March 2021 in Using Onshape
Hello everybody,
I am trying to execute a pretty simple task:
I importet step files and added them to my assembly and oriented them properly.

No I want to reference them in a part studio and start to create a new part in context.

By now I found to options to do so:


Both options come with issues:
Using "Right click / Edit in context" just sends me back to the original Part Studio of the imported part.
I do not want to mess around in this part studio.
First of all: There is already the original part inside, which makes it unnecessary annoying to work in. I now have one real part and one ghosted.
Second: In case I mess with the original part by accident, I do affect the assembly
Third: I am unable to creat a second part stuido, to sketch a completely different part. Only the original Part-Studio is available to work in.
Fourth: If I ever do this not based on an imported step file, but based on a self-created part, the entire feature tree of the part creation will be inside this original part stuido. It will be a mess to work with.
Assembly: 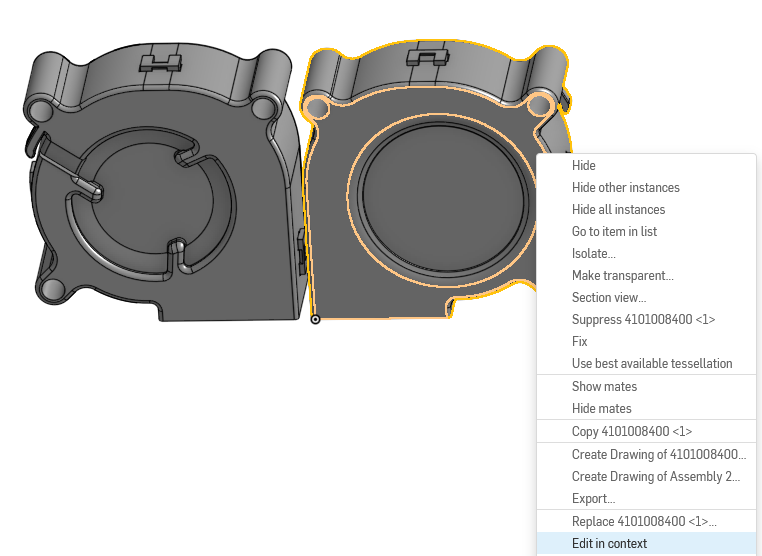 Result in the original part stuido: 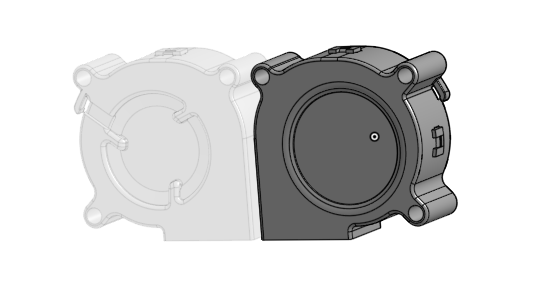 Using the button "Edit in context" gives me exatly what I want:
Both drawings are ghosted in a newly created part studio. I can now reference their surfaces.
However, I cannot update the part stuido after I did changes to the assembly.
It seems as if this option only allows to work based on a snapshot. Which makes it impossible to update. 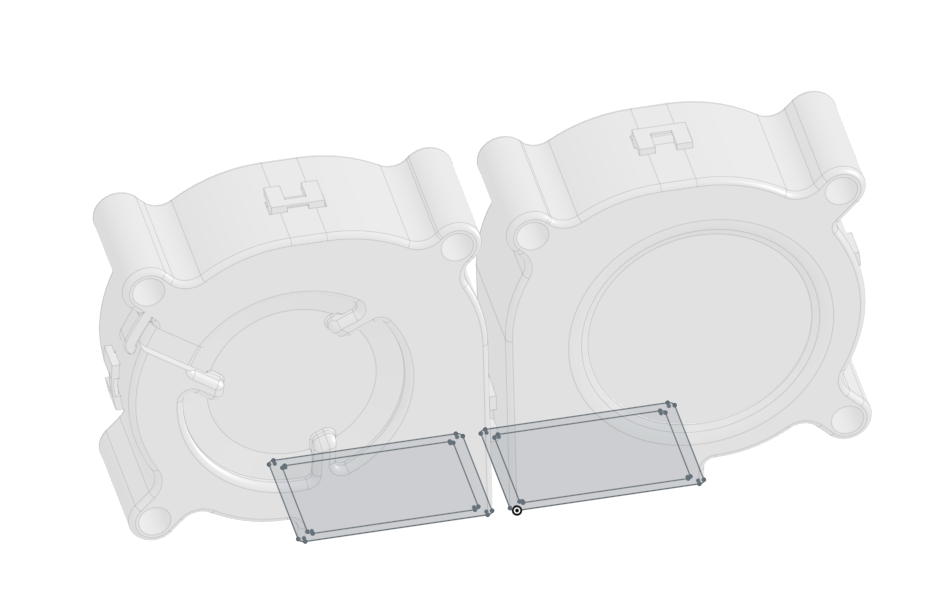 What I am looking for should be the most basic use:
Have an assembly as a parent document and the part studio as a child document.
Allowing the assembly to be modified and the reference in the part studio to be updated automatically.
Onshape is clearly able to do it: When I choose the first described option.
But I would really like to find a way to do it properly, based on option 2.
Thanks a lot for taking the time
Best Regards,
Michael
Tagged:
0
Sign In or Register to comment.