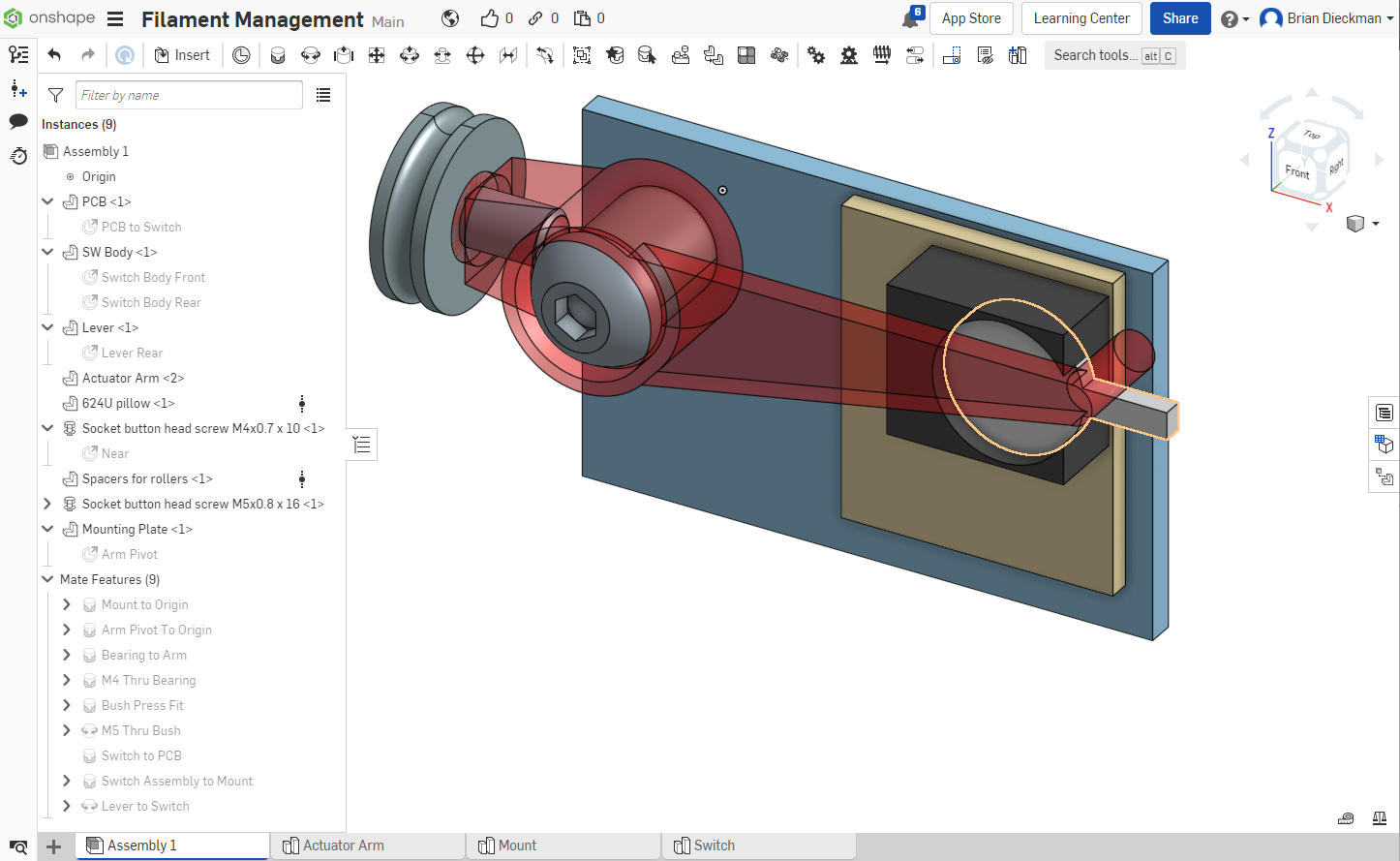 What I've attempted is to use a Tangent Mate on the top face of the arm and the face of the lug. What happens is that the red part rotates until the top of the lug is tangent to the arm's face, causing the two parts to interfere. 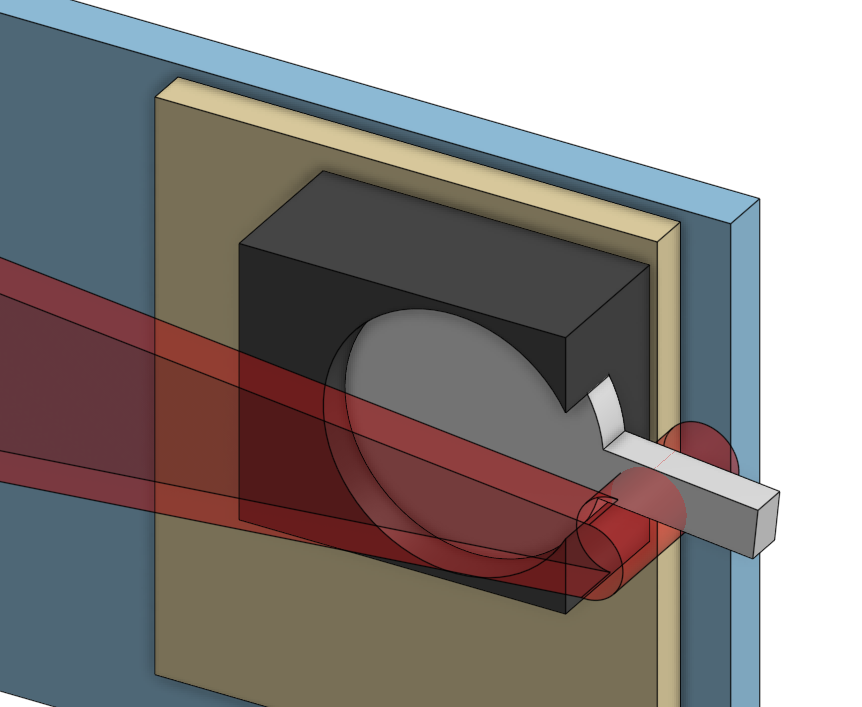 It doesn't seem to matter what order I choose the faces nor where I click on the round lug... This geometry is always the result.

Before I go figuring out how to "cheat" this feature to make the interface I want, I thought I would check to see if there's a way to offset or re-arrange these faces in such a way as to retain the geometry as presented in the first screenshot.

Thanks for any help you can provide!
0