S1mon Member Posts: 883 PRO
November 2021 in FeatureScript
In the process of investigating Bridging Curves, I noticed that copying a feature from the STD library and making minor modifications made it ~3x slower. I just did a test where I have my code (which has a few simple math changes), and the STD code where the only change is to add debug lines during edit, and then the standard Bridging Curve (in order below).

These are all set to G2G2 and are using essentially the same curves as inputs. 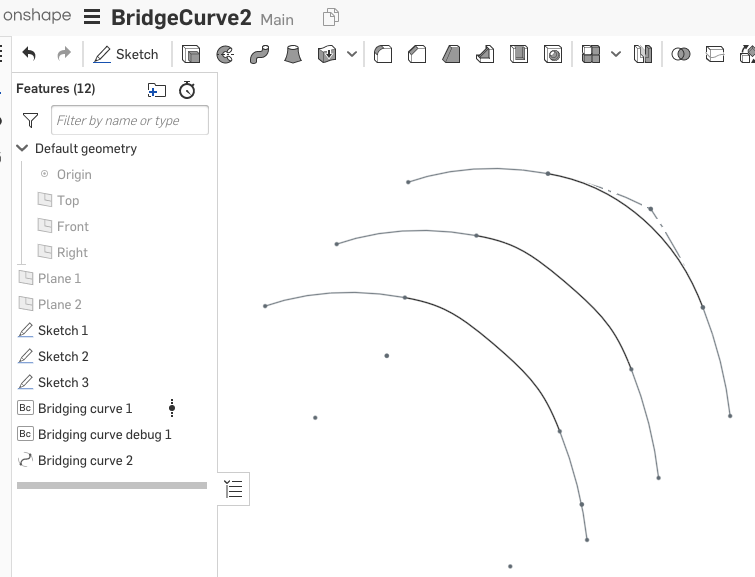 I have some hypotheses:

Is there anything we can do differently to make custom FeatureScripts run with the same performance as the standard ones?