Is there a way to set the offset of a mate connector to a surface?

james_howard360 Member Posts: 24 PRO
January 1 edited January 1 in Using Onshape
To mate the parts shown in the picture below requires 3 planar mates. OnShape says using a lot of planar mates is tough for the solver and can end up with broken or unsolved mates (which appears to be true; using too many planar mates in my assembly breaks the mate solver even though the mates are not conflicting). I'd like to use a fastened mate to align the corner of the blue block to a point at the intersection of the witness lines

at the end of the T-slot corner. It seems like the only ways to do that are A ) create a sketch on the end of the t-slot with the point to which I want to mate, or B ) add a mate connector to the point at the start of the fillet and offset by the radius amount.

This is a constant and common issue, so option A means creating a lot of sketches just to add mate connectors. Option B is hard-coding values and destroys the parametric nature of the assembly. Is there a way to create a mate connector and use a second plane as the offset so it updates dynamically with changes to parts? 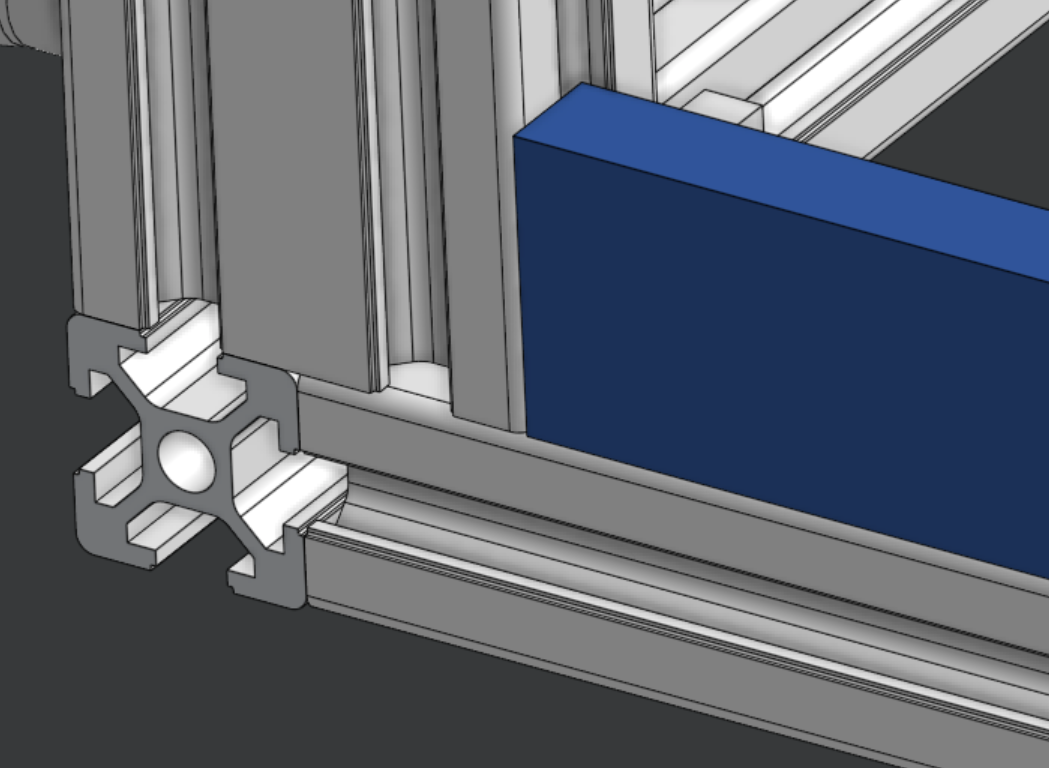