Cannot 'wake up' points of a face I'm trying to Sketch on.

daniel_moore Member Posts: 4 ✭
October 2015 in Using Onshape
So I've made a surface, and now want to raise features off of that surface. 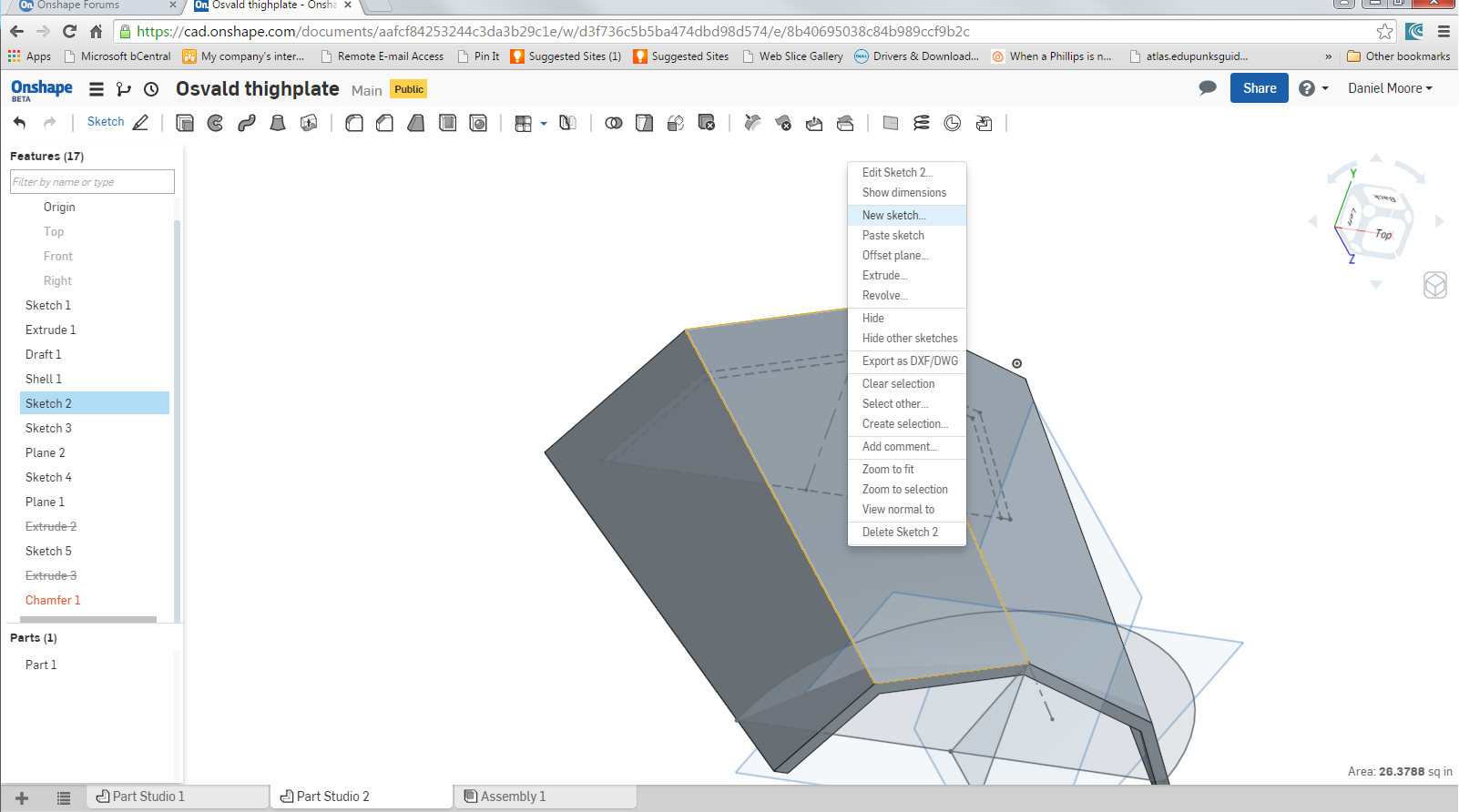 I start, naturally, by selecting the surface, and select New Sketch.

Once I've done that, I can easily 'wake up' points on the surface. 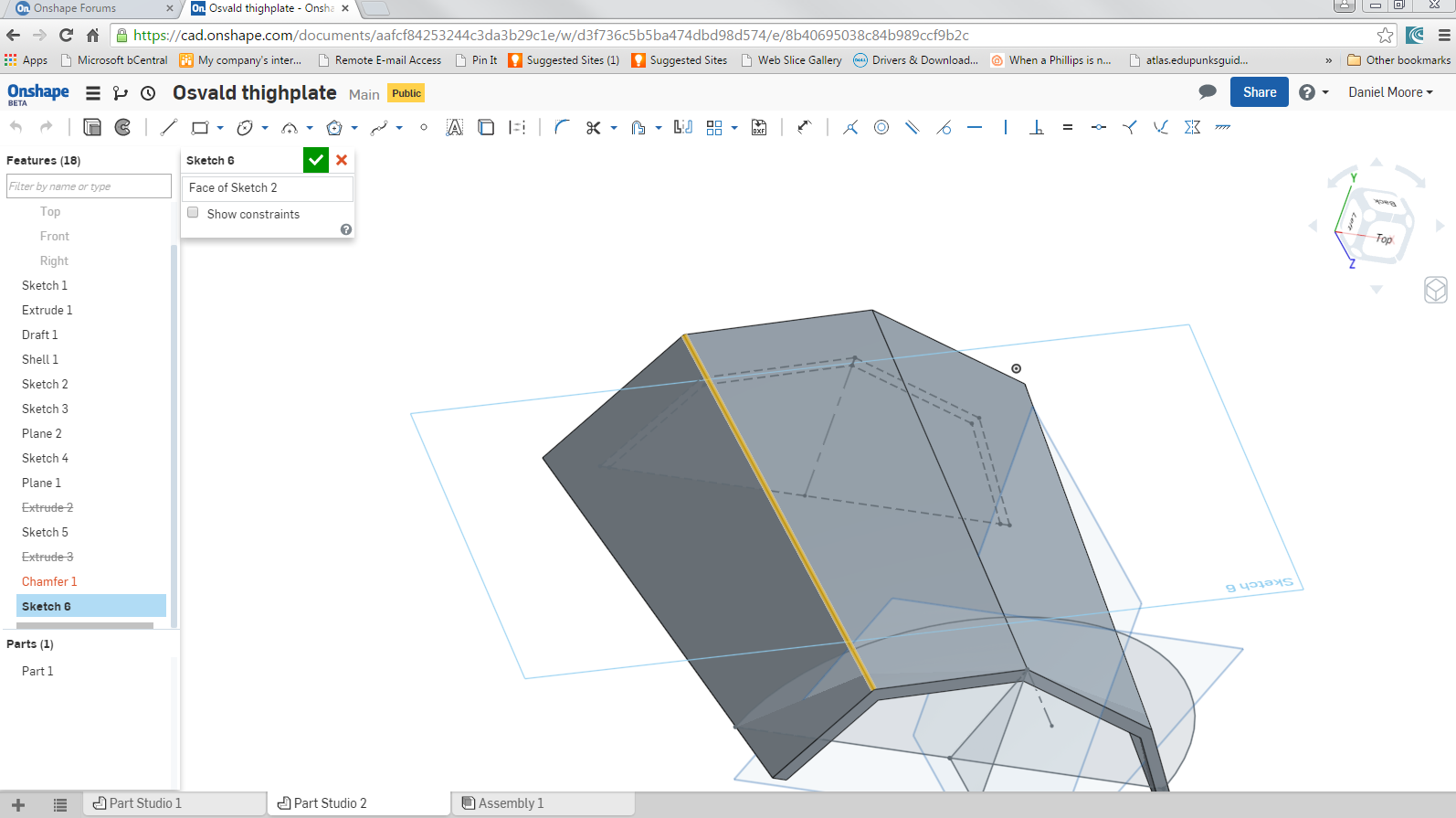 But the moment I actually select the Line Tool, suddenly the points and lines I want to 'draw over' are cold and dead. 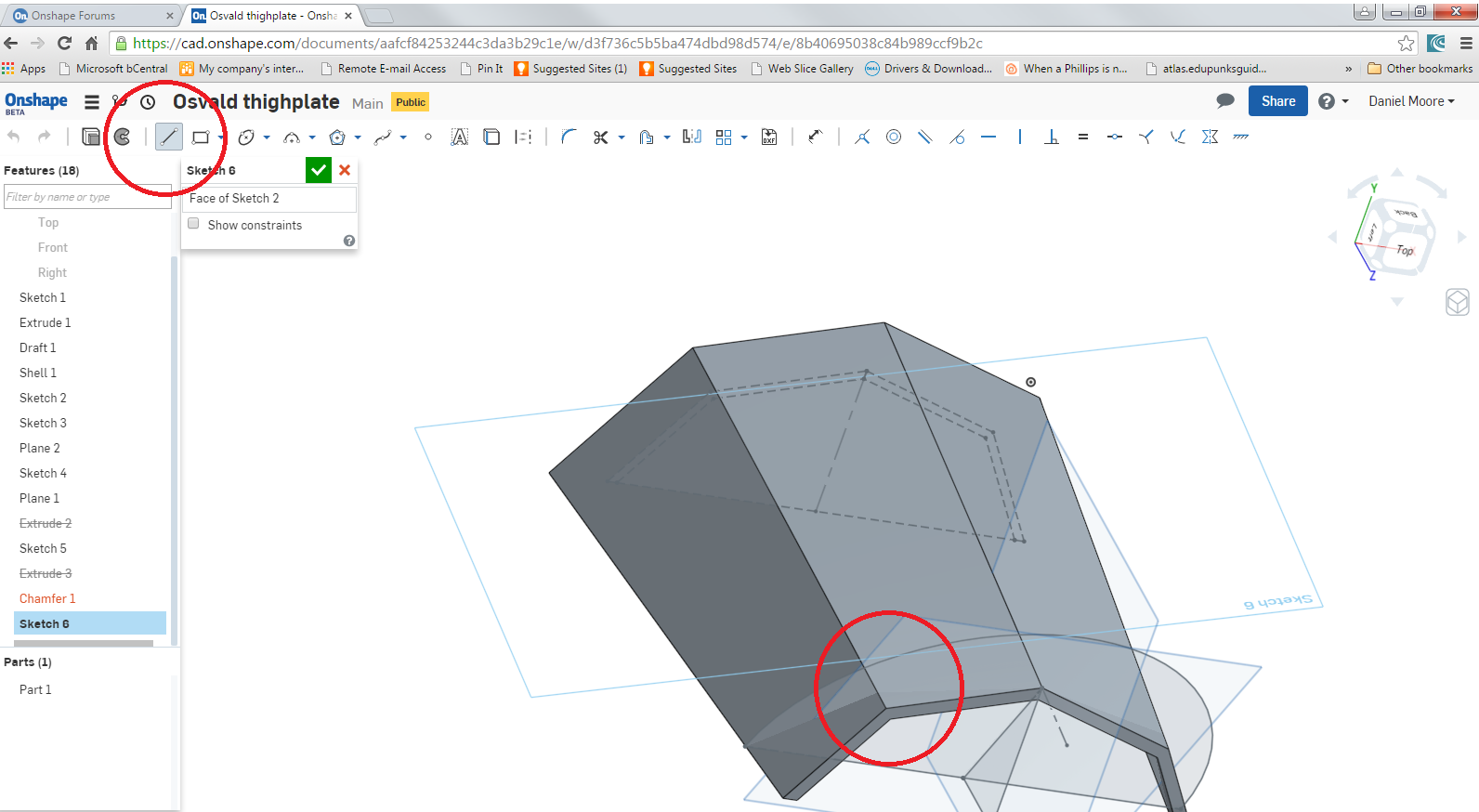 What is going on?

Also, Kudos to whomever looks at the filename and figures out what a madman I am.  I've a novice at this, and this part is probably quite beyond my skills.