How to use variable as dimension

lars_andersson Member Posts: 20 ✭
November 2015 edited November 2015 in Using Onshape
My first attempt to use variables. I am probably making a beginners mistake.
The error text when hovering over the red box says "Enter a valid expression" 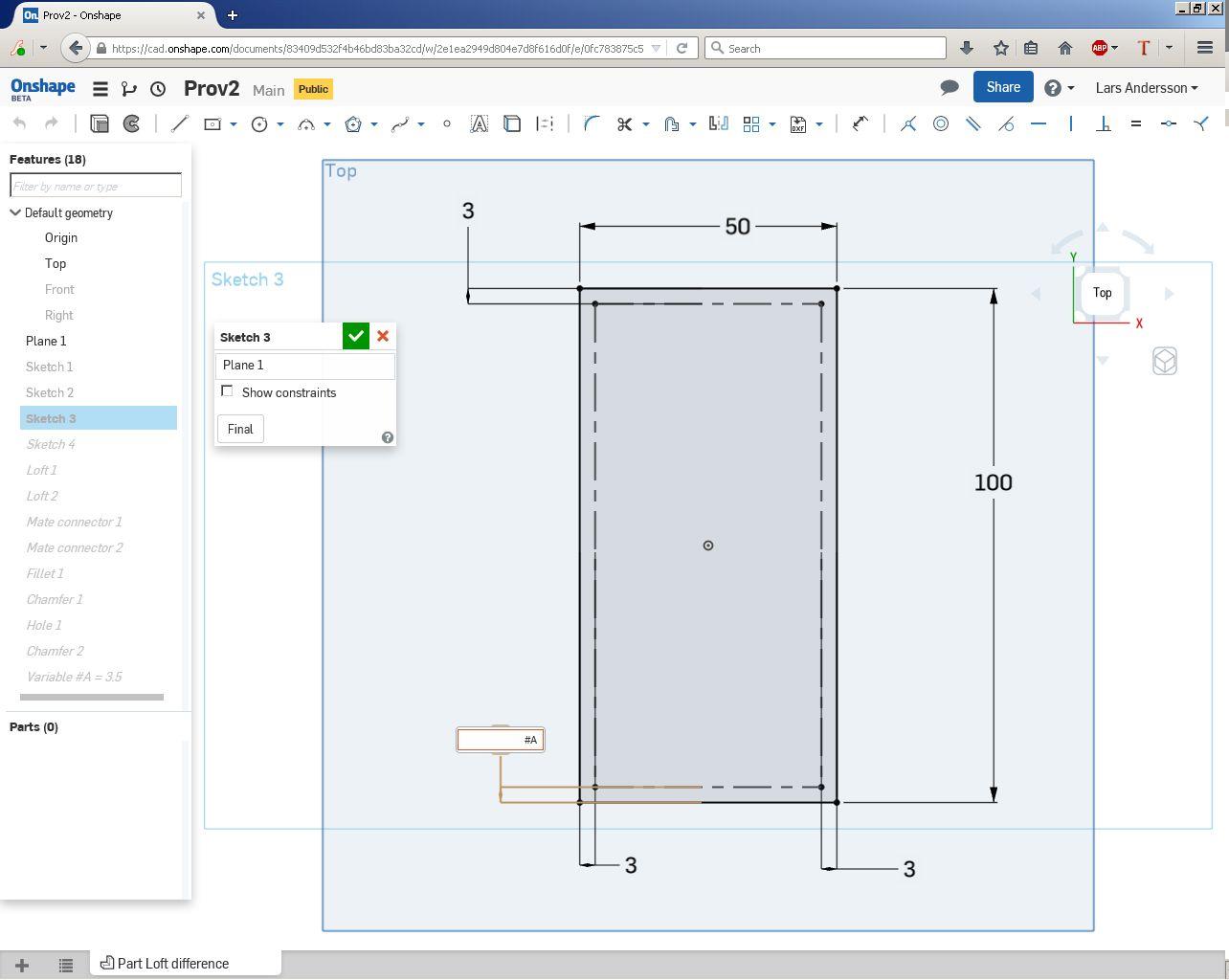