I don't manage well to make a whole through several parts.

I have several parts in top of other, each one has its separate layer rsp sketch
.
Eventually I would like to make a hole through all parts.
The holes must also appear as hole in the plan indicating all dimensions.

When I do as described, I manage to make a whole in the top part, the last part, but not in the lower 'elde' ones - as shown in the picture below.

I also tried to make a circle for the whole in the ground sketch and  managed to proliferate the whole from one part to the extrude of the next part ( although the selection of the holes was tricky and not really intuitif for me...)

The reason why the second approach is not so cool is the fact that the thickness and shape of the parts
define the position of the hole.
Since the hole depends on these design desicions I would like to place it at the end on the latest.

But how can you do the hole through all the parts?
And how do you make the hole appear in the plan of the single part?
(Is this possible at all?
Can data from a later design state be added to a earlier part?
Is the inheritance of design elements not only possible from elder to newer elements?
Is this described somewhere?

What other strategies would there be? 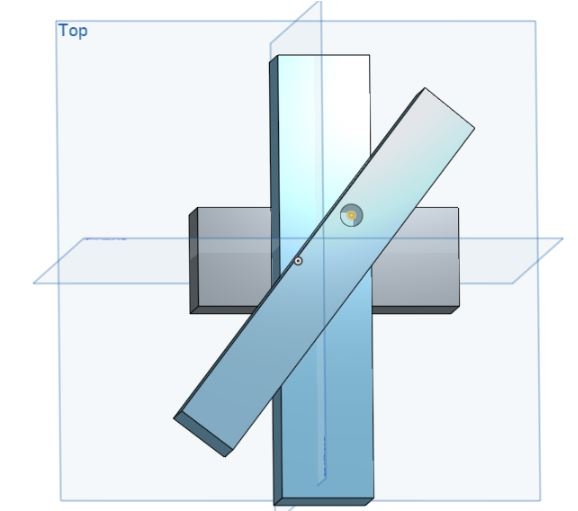