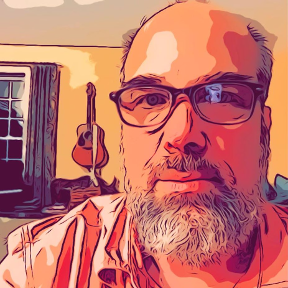 Brad_Goodman Member Posts: 16 ✭✭
January 4 in FeatureScript
I'm just trying to get my feet wet with FeatureScript and having an outright miserable time. Other comments I have seen by others in my case have made references to the differences in thinking required to do 3D-CAD type of programming, different concepts etc. And though I don't disagree with any of this - I don't really think that that's the majority of the problem. I do want to ask "productive" questions - but feel the need to post my major pain-points here. I only have about 10 hours or so into FeatureScript - but feel as though I should be a lot further down the road than I am - and that it's more lack of clear information than any kind of mental defect (maybe that too?)
BASIC EXPLANATIONS - I find myself confused over some of the VERY basic fundamentals. Like what a "query" is (I understand the basic definition) - but what you do with it? You ... "evaluate" it into another "object" ... and do stuff with that object?? Even if I had that (queries, evlautions, operations, etc) - I feel as though things are a bit different with Sketches - which most docs/tutorials don't cover in as much detail. (For example, assume you can't query a sketch entity for verticies, like you can a feature??)

DEBUGGING -  I get what a "map" is. Doesn't seem to be a good way to inspect what's in a map. Or if there is - it's not in the "debugging" section of the docs.

DOCUMENTATION - FeatureScript and the standard Libraries are complicated. Having a single-level index of a giant document makes it not only difficult to find stuff (making to resort to "control-F" searches through a GIANT doc - but then not being able to context of where you are IN the doc. (Is the item-in-question a sub-sub-topic - like a parameter of something else?) i.e. when you find something IN the docs - it's hard to tell WHAT you're even looking at.

Most of the docs almost appear like they were written in Doxygen or something - i.e. automatic. No examples or references.
The absolute worst example of the docs are the part that describes "skConstraint". It says almost nothing. I did find: "We did make a conscious decision to not go down the rabbit hole of externally documenting everything about sketch constraints" -- mission accomplished, I guess.

I don't even know where to categorize this issue - but yes, I understand that more "complex" data-types are derived from "maps" - but that essentially means you can describe [nearly] everything as taking or returning a "map" (and be correct) - but that still says nothing. (This even makes debugging insane - because I can pass something the wrong "kind" of map).

TUTORIALS - Okay - I'm an "experiential" learner - so I'm fine with having to walk through some examples. But there are only two tutorials on this. Albiet they're simple (as they should be) - what they cover is so narrow, that almost anything else you do will inherently not be covered by them. I think there really needs to be a few more tutorials that aim to introducing one to newer and greater topics.

OTHER LANGUAGES - Other languages can be tough - and have learning curves, too. Sometimes you just have to muttle through with Google and StackOverflow searches until you come across what you're looking for. (Odds are - if you're a newbie - you're not the first one to have ever asked that question!) FeatueScript is much more niche. Not a lot of hits - not a lot of answers (comparatively speaking). Whereas with other languages where you can get stuck - research a question - learn the answer - and move on having gained more knowledge, with FeatureScript the answers are often not-apparent. Simple problem/question can be a long process - maybe a lot of trail-and-error - maybe a lot of giving up and trying something different. Not conducive to expanding your knowledge.

I conclusion, I really like OnShape, and am gunning for it's/your success - but really struggling to be able to work with it - and trying to figure out how to do it.
1