alnis_smidchens Member Posts: 279 EDU
September 2020 edited September 2020 in General
Not a post about Onshape, but I figured it's relevant. Here's what Autodesk is changing & removing for Fusion 360's free version:
Other limitations from before the announcement will continue, including only basic collaboration tools and limits to the complexity of electronics designs. Note that education, startup, and professional licenses are not affected. They are also running a 40% discount on the subscription price for a commitment of up to 3 years.

TFI video about it: 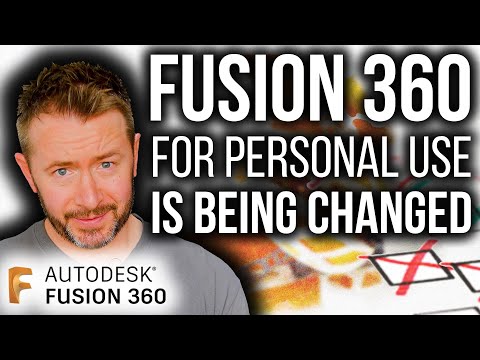 I'm sure glad I'm not a Fusion 360 user! What are your thoughts on this?