paul_bunnell Member Posts: 19 EDU
October 2018 in Drawings
I had a nearly finished drawing then made a change to the model that created two new parts out of some "scrap" area of the first part.  The drawing views all reference "part 1" but when I changed the model, one of the scrap parts became "part 1" and the main object became "part 2." 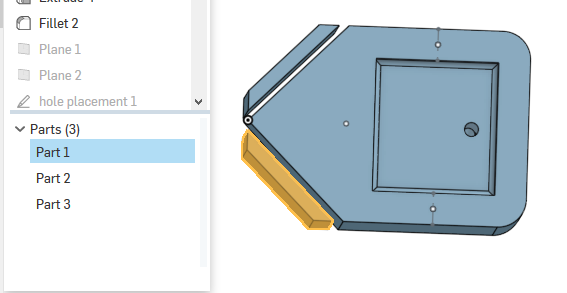 When I went back to the drawing I figured "no problem, I'll just edit which part from the studio the view is referencing" but as far as I can tell, that is not possible.  Am I missing something?

If what I am looking to do is not possible, I would say as a general feature request, any option that can be selected when something is created should be editable after it has been created.
Tagged:
1