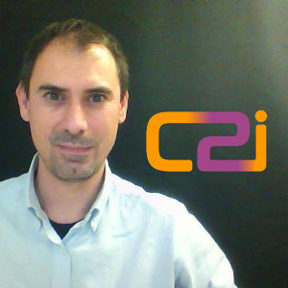 emagdalenaC2i Member, Developers Posts: 638 ✭✭✭✭✭
January 2019 edited January 2019 in General
I would like to share with you the workflow in which we are working to provide the best tools to our Onshape customers in Spain.

We have translated, improved, modified and created several FeatureScripts to improve the workflow in Onshape: 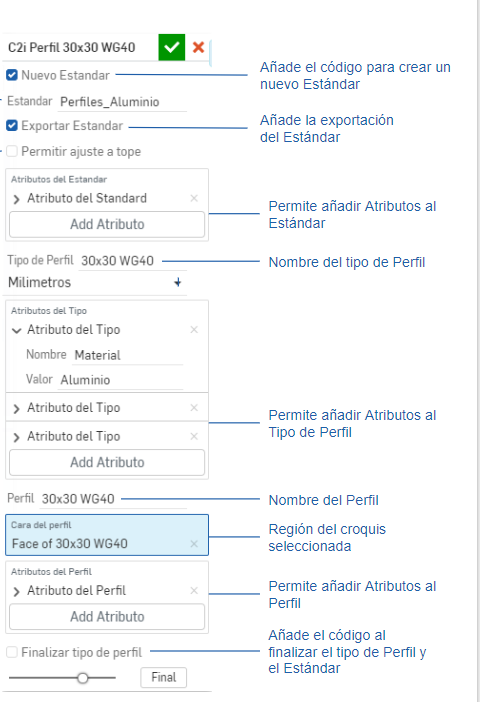 Improved profile generator based on the FeatureScript Beam generator by Neil Cooke.
Allows to create more easily the profile tables to be used by the Perfiles (Beams) FeatureScript.

Also We have developed a library with more than 3.100 profiles for our customers. 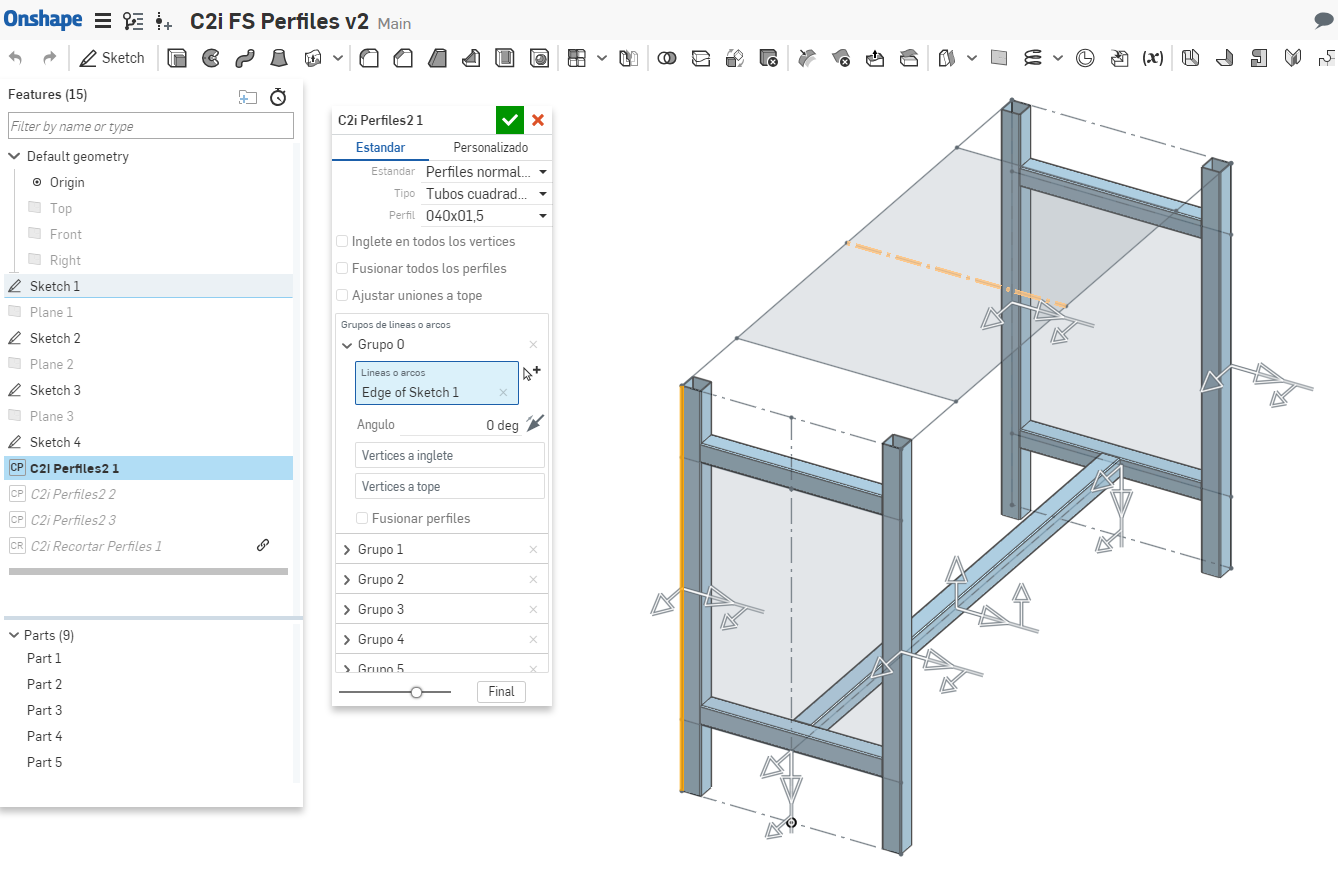 Improved beam generator based on the FeatureScript Beams by Neil Cooke.
Allows to create more easily the beams using groups. Each group of profiles can be located independently with their manipulators and the resulting beams of each group are trimmed by the beams of the previous groups.

It also allow to set the material, weight, appearance and other properties (name, description, length, part number) based on the information provided by the beam profiles as attributes.

So to create a complete structure like the one in the lower image, you only need to run the FeatureScript once. 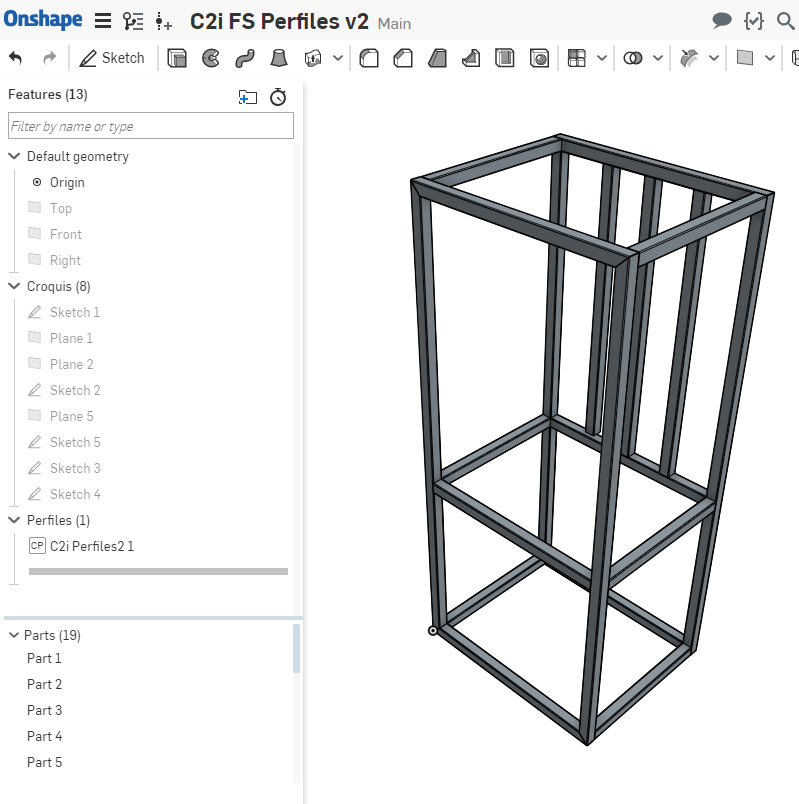 3- Recortar Perfiles
This FeatureScript allos to trim several Beams (or other parts) with several planes or planar faces. 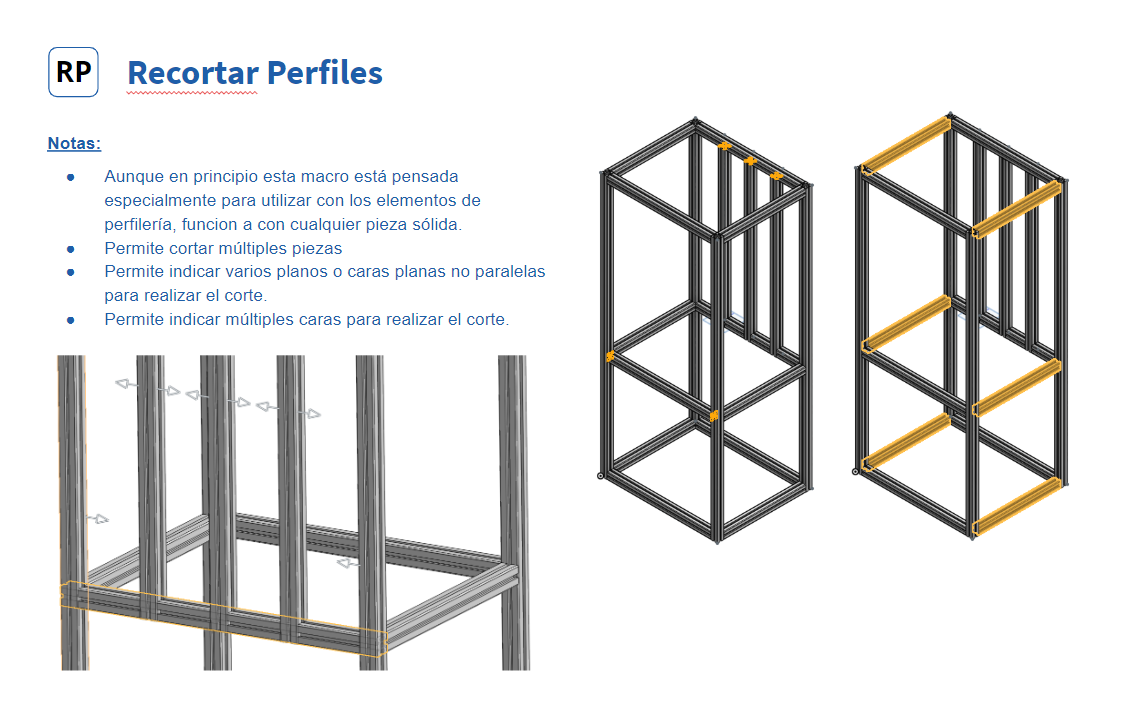 4- Perfiles de Aluminio
This FeatureScript allow to:
- Create standard machining types for aluminum profiles
- move faces (mainly to locate the covers for the profiles)
- Create panels inside the structures with all its components
- and create mate connectors to to se  the assemblies easily. 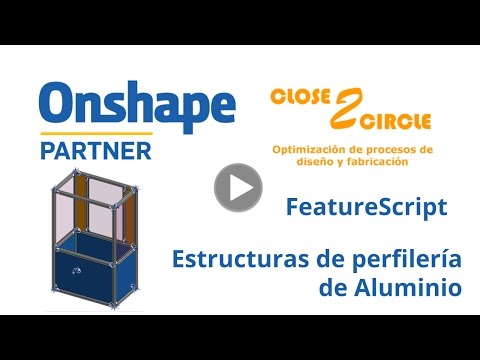 We also provide a library with standard and comercial componentes 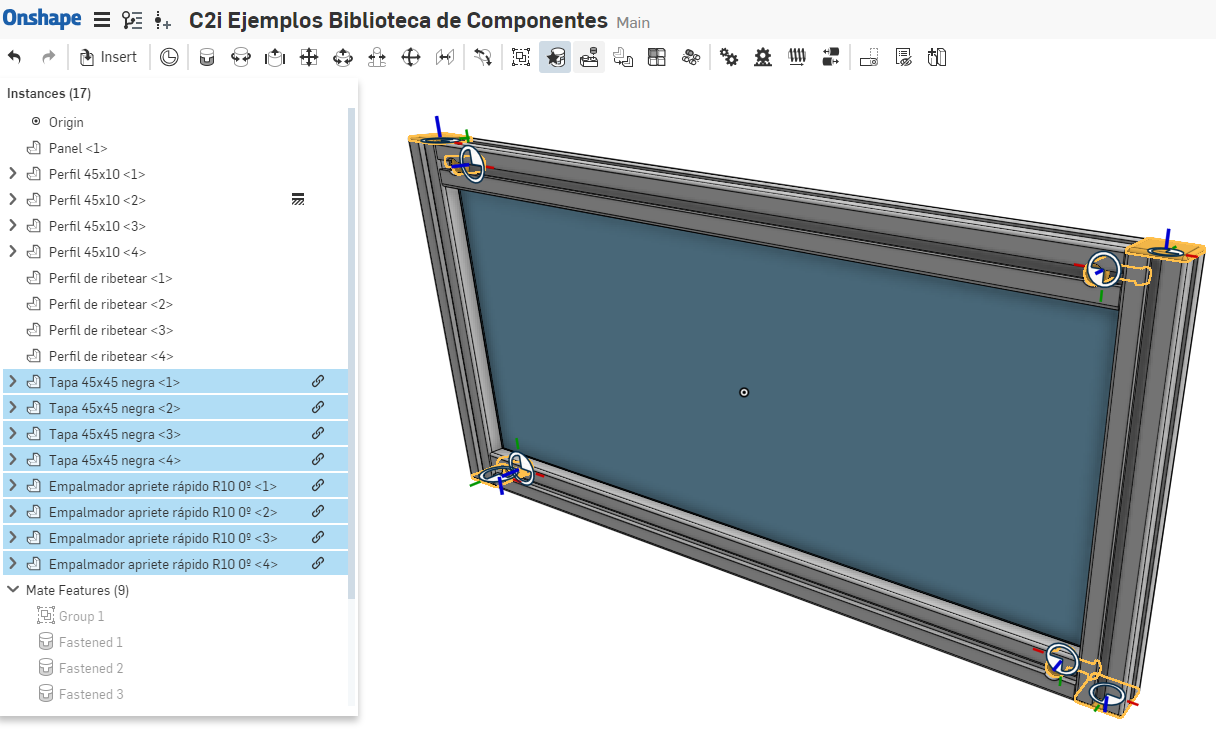 We can not share these FeatureScripts and libraries but We would like to get your feedback about this workflow.
@NeilCookeI hope you like the changes we made from your FeatureScripts. If you want to know better how they work, we make a presentation of Onshape in Spanish every two weeks http://c2i.es/event
Un saludo,