Can not find a part in assembly

I am a mechanical engineer and use SolidWorks every day.
But in Onshape I have a problem (c:

when I stand in the assembly and wanted insert  a part
So I can not see my parts ????? 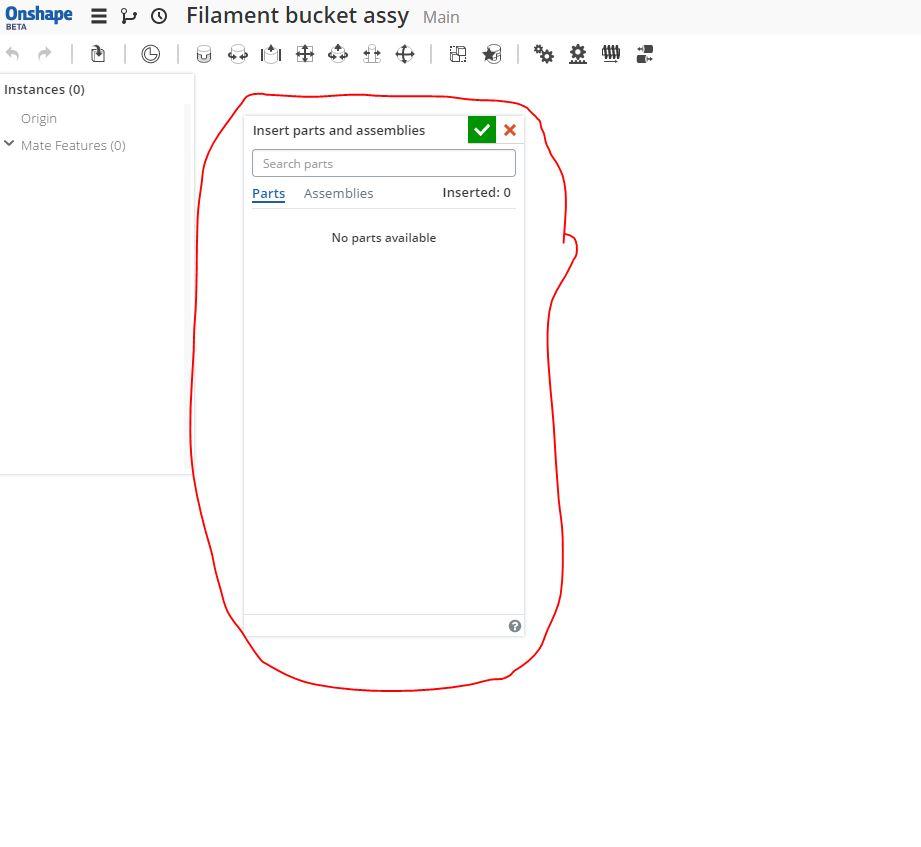