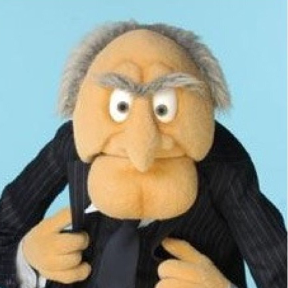 owen_sparks Member, Developers Posts: 2,660 PRO
February 2019 edited February 2019 in Using Onshape
Hi folks.
A couple of numpty questions, if I may, before digging in a bit further.
(Q1) Is this assumption correct?
"We can't currently configure which parts to bring into an assembly, so the correct method today is to bring in all the options and suppress the bits we don't want."
Example:-
Hypothetical electronics product with a choice of two cases, two batteries and two PCB's
Step 1
Build parts in Partstudio. 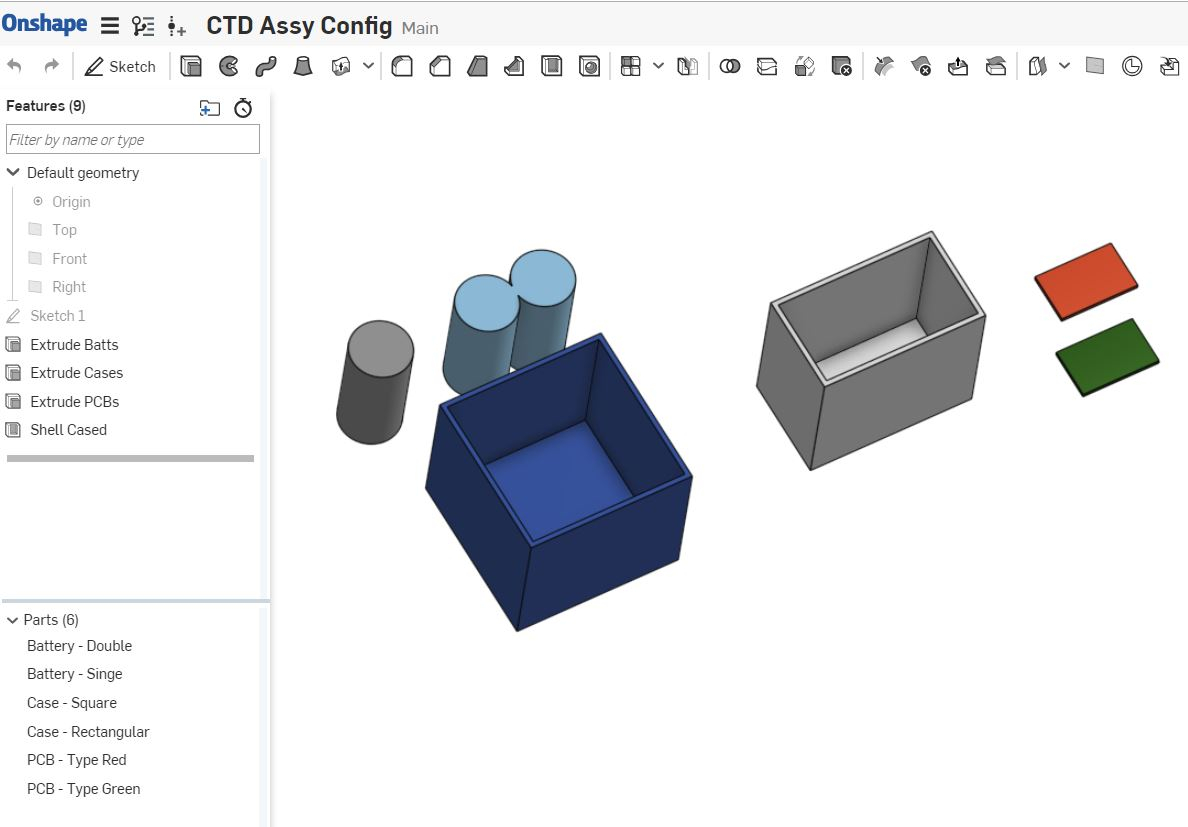 Step 2
Make assembly with all the parts. Add configs to suppress the unwanted parts for each option
Shown here with the "all" options so we can see all the parts at once 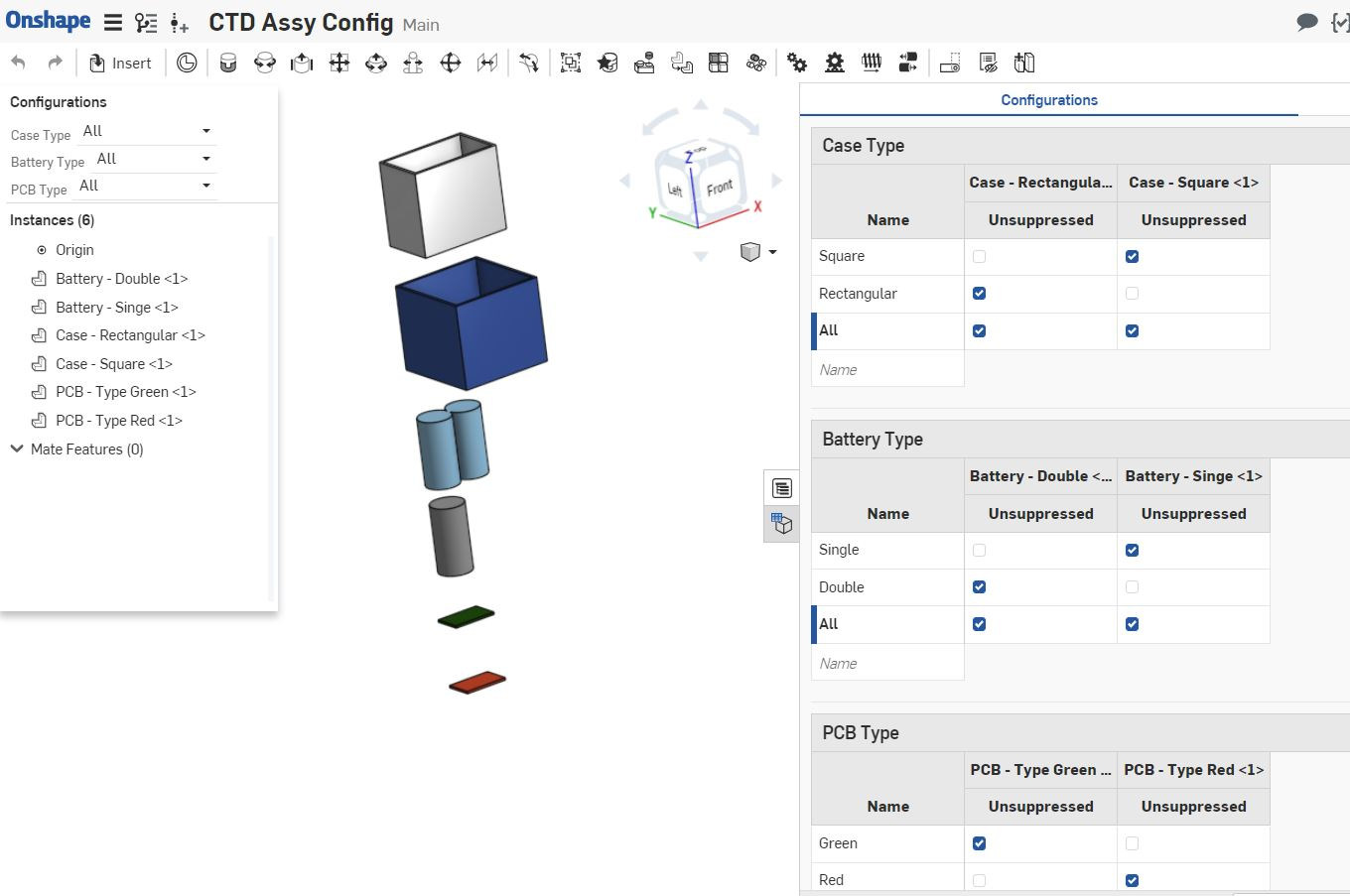 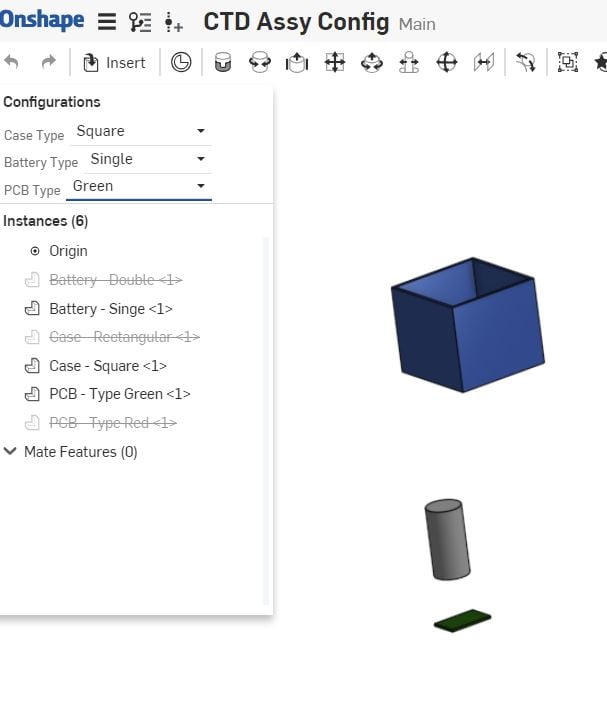 Am I approaching this from the right direction?
(Q2) Assuming I'm working along the correct lines above mating seems problematic.  In Cody's example we had a known base to mate to, so we could add individual mates and suppress everything except the one we want.  In this instance the base part is also a variable so this would create a whole heck of a lot of mates to create and suppress.  (Imagine there are 6 cases and 6 battery options...)  We can configure where on a part a mate is, but it seems to fail if I try to configure which part a mate is on.  (By which I mean the configuration will let me pick a point on a different part, but it then turns red and fails to resolve.)
Cheers,
Owen S.
Business Systems and Configuration Controller
HWM-Water Ltd
0