morgin_black Member Posts: 6 ✭
May 2019 in Community Support
i understand the male thread but i don't quite understand how to do a top down design scenario of a female thread yet. i wish to have two parts screw together and align on a thread in the same place. multiple different ends will be screwed on and i wish them to all fit tight on the same axis. 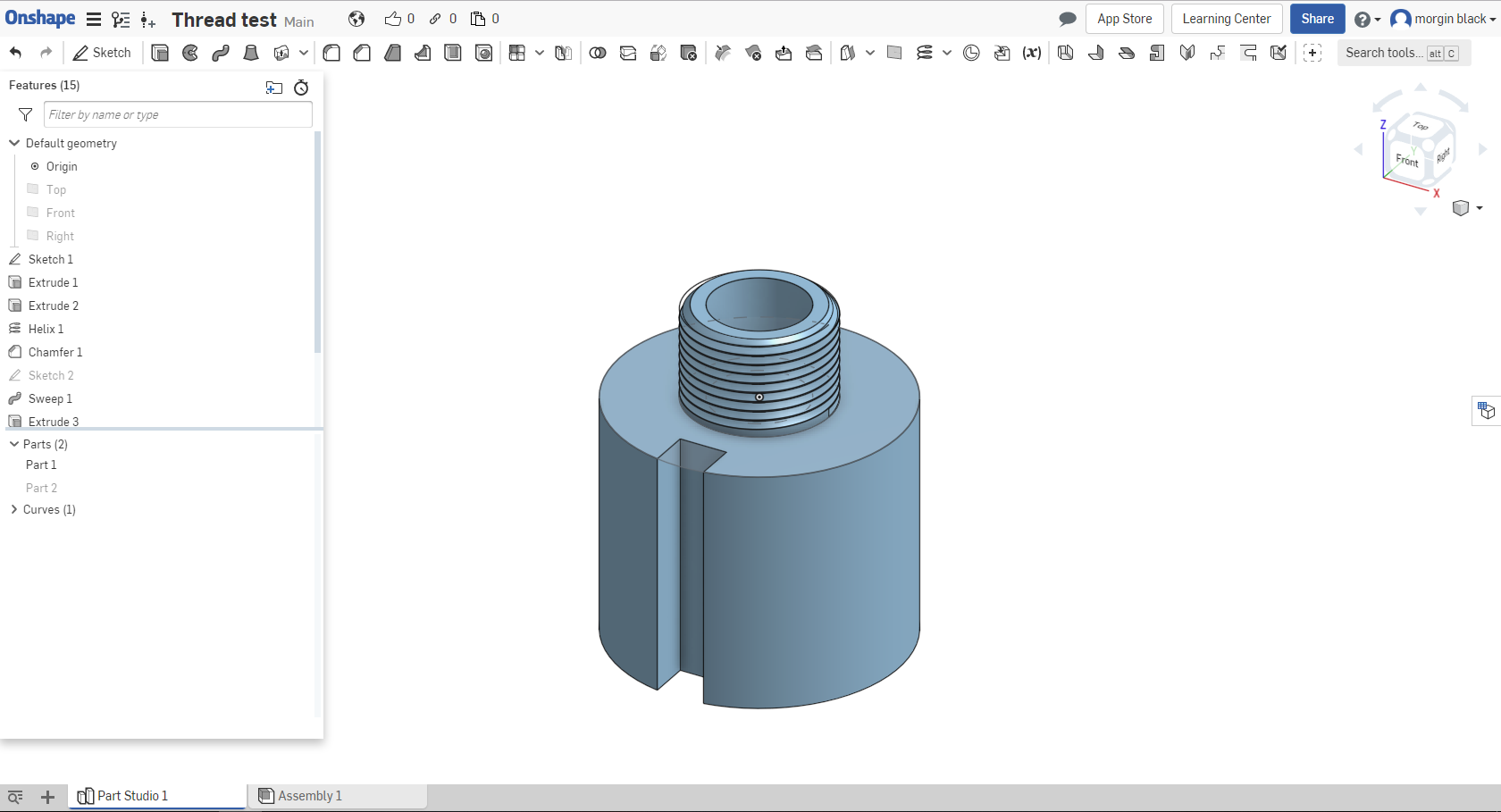 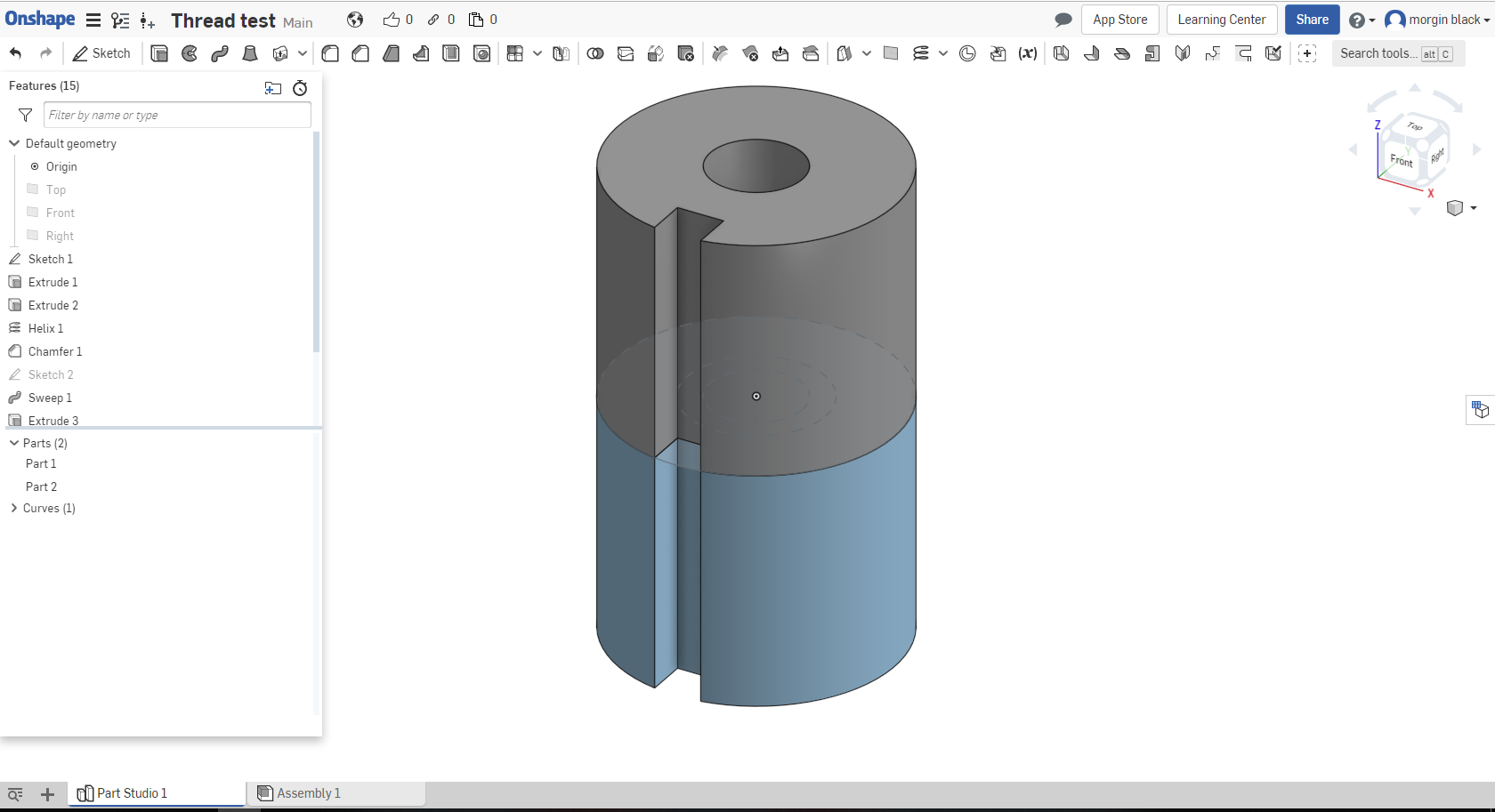 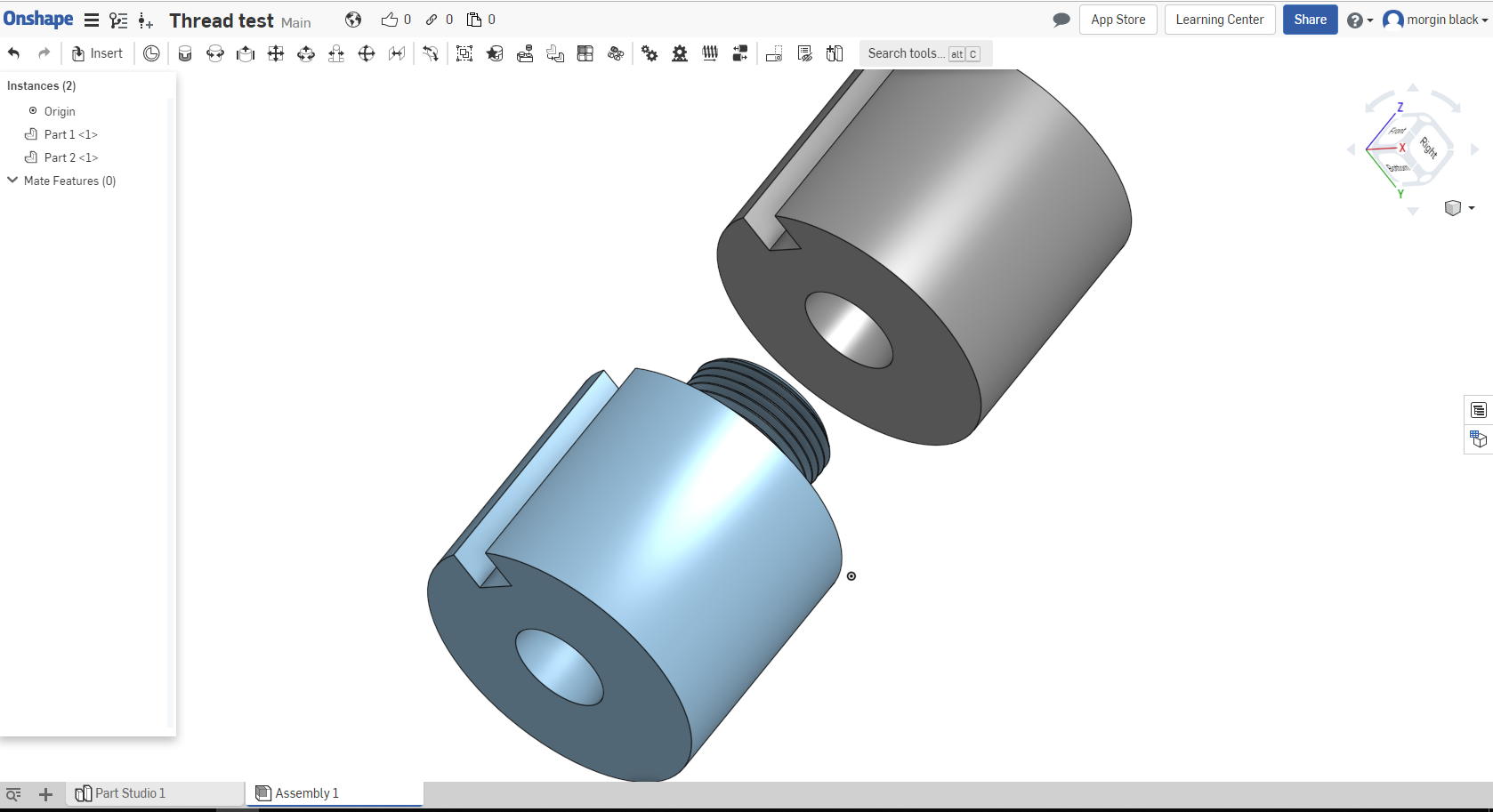