john_mardirosian229 Member Posts: 15 ✭
December 2020 in Using Onshape
I am a new users to Onshape, evaluating the tool for use in future projects. I have watched many of the videos on surfaces and have an issue that I cannot figure out. It seems like I am having the same issue that was discussed in Split function : "tool cannot split the selected part" — Onshape, but those suggestions have not resolved my issue.

I was able to finish an earlier learning model exclusively using Extrude Remove to shear off unwanted portions, but that meant lots of Parts, planes, sketches, etc. The videos on surfaces suggest a much simpler approach for complex shapes with lots of curves, so I am really trying to get the Split function to work using surfaces.

I have tried two ways to split the shell I created. First, using only only surfaces. I defined a plane by using line and Extrude Surface (this was Surface 3). I used that plane (Surface 3) to Split the shell using the Split Face option. However, I cannot seems to create an edge that can be used by other features such as Fill.
Second, I used Split Part option and the plane (Surface 3) to split the Part (Shell). This tells me "Tool entity cannot split the selected part."

As shown in the next image (and after rotating the parts form all angle to check), the plane clearly extends beyond all sides of the Shell, but it will not eliminate the unwanted portion of the Shell (i.e., Trim to face boundaries").

So, based on the earlier Forum, I tried thickening the Surface and using a Part to split a Part, but still there is no removal of the unwanted portion of Shell and there is the same error. 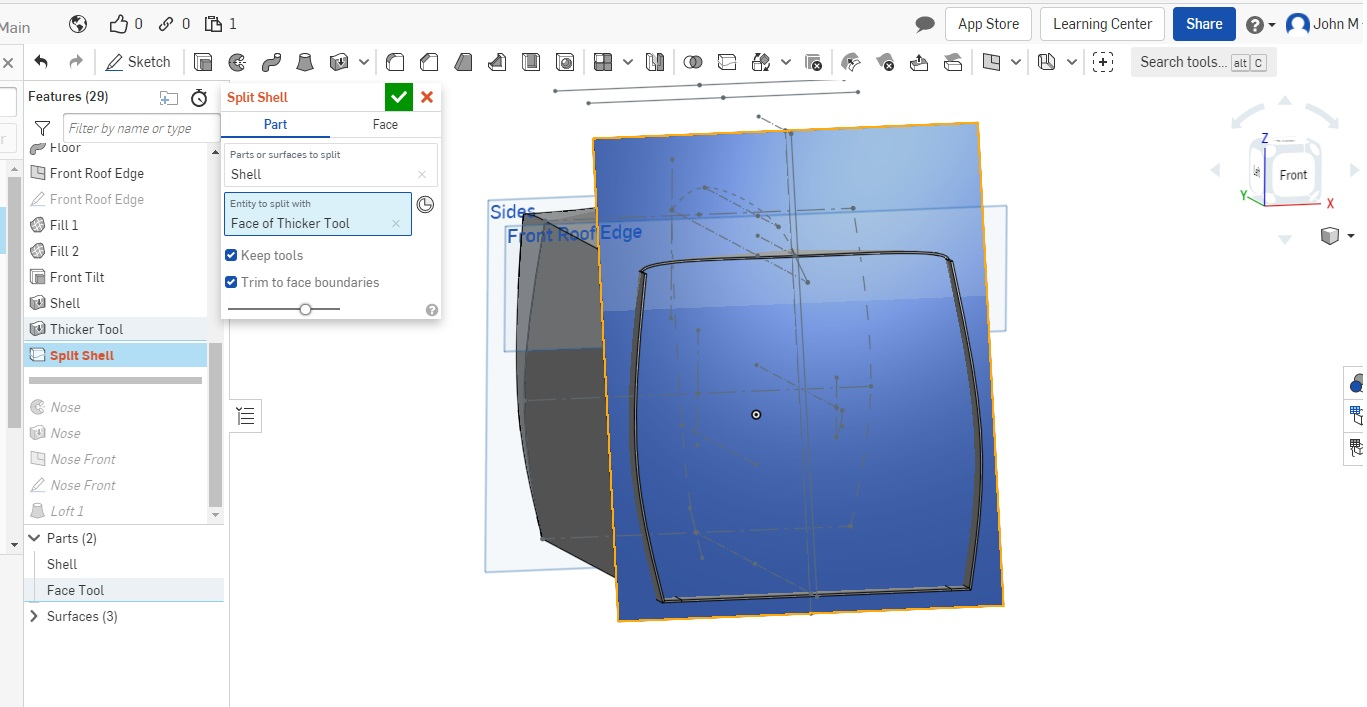 Can anyone offer some suggestions as to how to get the Split to work as I expected or, if the function is working as designed, help me understand how to use it so it accomplishes my goal?