Unable to figure out why a loft surface following path fails. Shows a preview of sections but fails

Trying to get a loft surface to bridge two curves using a path, it looks good in the sections but it shows a red line right down the middle?

I want to add other paths along this surface later on but I cannot get a single path to work. The path starts and ends on the curve as far as I can tell as I used pierce on the sketch to line up the path line.
If I don't have a path on loft1 it generates a surface fine, but I want to define how that surface curves between the two outside curves being used to generate the surface.

I am at a loss trying to figure it out. 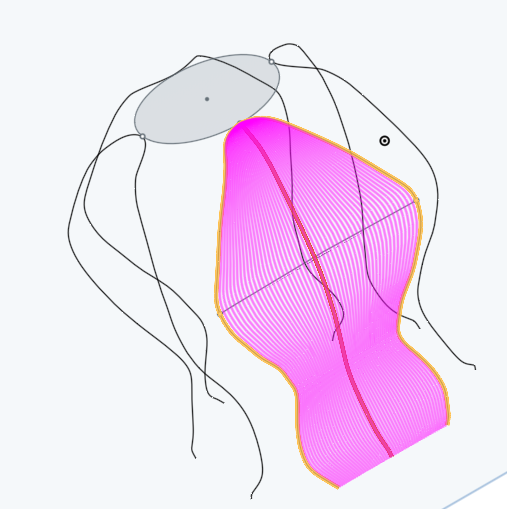