nick_papageorge073 Member Posts: 38 PRO
March 26 in General
Hi all I'm having a hard time figuring out a workflow for adding features to constant wall injection molded parts. I will share a very simple example for discussion of strategy. Of course a real part the geometry would be much more complex. The example is a straight wall of an injection molded part that has a square area sticking out. Outer side of the wall is shown in the first picture. Section of wall is shown in the second picture. This is the desired shape.
I made this by drawing the wall, then drawing the box, then trimming each to each other, then boolean union the two surfaces together. Then thickening the resultant surface to the nominal wall of the part.
This works great. What I'm having trouble figuring out is how to make the same shape if the straight wall has already been thickened earlier in the tree. For example a part is far along in modelling and development, and then a feature like this square is decided to be added on. It often doesn't make sense to roll back before the main wall is thickened to add a new small feature.
Here is the public document. One workspace shows the strategy shown here called "thicken after merging" The second workspace, "thicken before square" is my attempt to make the same shape after the main wall has been thickened. I did not get all the way to the end, and it seems I have a lot of steps.
Public document:
https://cad.onshape.com/documents/bc886db40c96875a62a21f23/w/6bf7fd7facd41cc4efc15f49/e/ffcc536c6aad8eb3ecfd4fd4
I'd appreciate any strategies to deal with this concept! Thanks all! 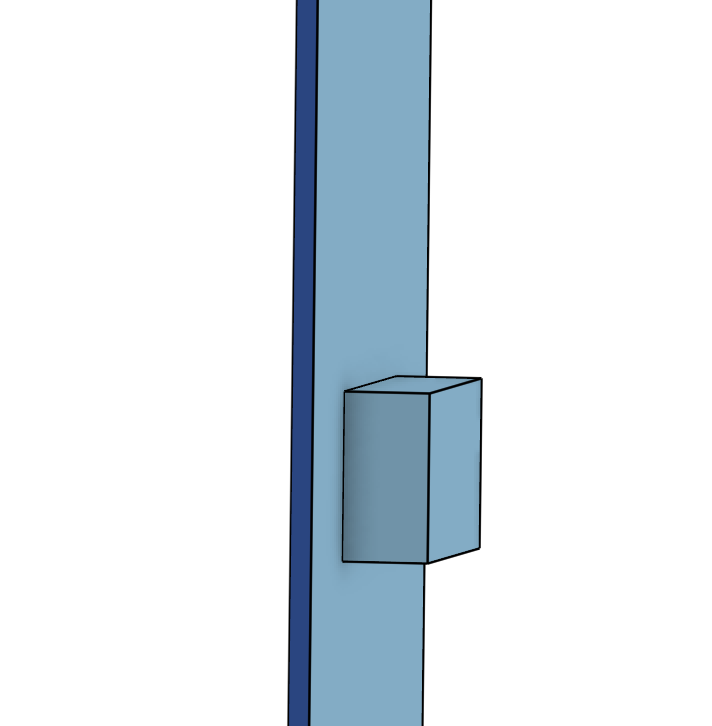 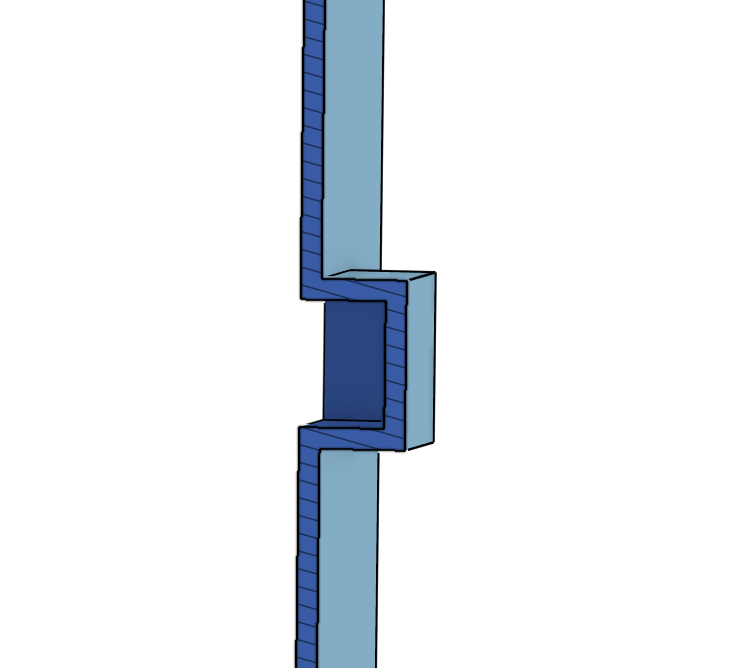