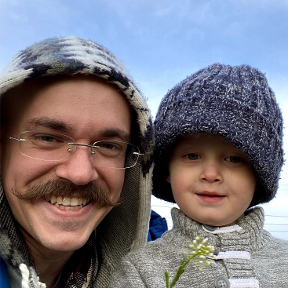 SethF Member Posts: 106 PRO
September 2021 in FeatureScript
This is mostly just recycled code from the beams feature. In our case, it's really nice to have the beams named accurately, including the length, which obviously changes with move faces or what have you. So the idea is that you put this feature after all of your manipulation to the beams, it remeasures the length, and sets a new name.

2) Mess up their lengths 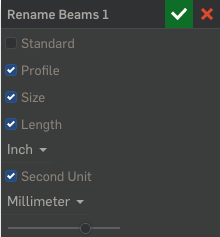 As you can see in the example, you have the option for a second unit in case you would like to show the length in both inches and mm, for example. As you can also see in the example, it has the short coming of not being able to change your naming options for individual Beam features. Initially I had made my own copy of the Beams feature, added some new attributes for me to use, and then grabbed those in rename. That way I could add to the name that was already selected (minus the incorrect length). But I didn't want to have to add in code every time the Beam feature is updated. So for now, using this feature, if you want the Standard listed for one beam, you get the Standard listed for ALL the beams..

I'm a programming nooob. So. Sorry if the code is ugly.
Tagged:
4