I have been trying to add a specific configuration from a part studio in my feature script. I thought I had done it correctly - I even tried following this forum exactly (renaming my ID's in the part studio and feature script to "Orientation" and "Top", "Left", "Right"), but this still doesn't work.
I want to mention that the code works correctly if I take out the "Configuration" part - it just doesn't put the configuration I want since it uses the default then. 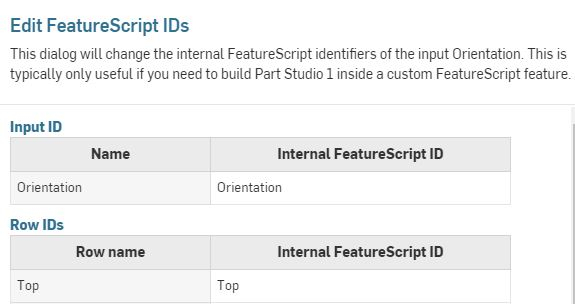 The error I'm getting is "variable Orientation_conf not found". Is there a key factor I'm missing? I'm very stuck, so thank you for any help in advance!
0