Use Assembly (other file) as reference in Part Studio

jones Member Posts: 5 ✭
February 26 in Using Onshape
Hi there. I have built a first part of a 2-part furniture in on-shape. Now I designed the second part in another file/document.
But for the two of them to fit perfectly I need to add some last parts to file 2, that use the first assembly as a reference.
I searched the web and the forum but it rather confused me more.

I read this:
https://forum.onshape.com/discussion/comment/23166/#Comment_23166
When you import an assembly, it's actually imported into a part studio.
But in my part studio there is no insert or import button, except for the one in the lower left corner. When hitting import there it would open a window, where I could import 3d files from my computer...
Also I've seen this post:
https://cad.onshape.com/help/Content/createpart-incontext.htm
I mean it would be nice to have my other file as a ghosted reference, but I don't really understand, what the video shows me.
I don't even have this kind of tab-type (screenshot):

I managed to import my other file's assembly into an assembly of the newer file and it looks good. But still I would need to add sketch planes onto the newly imported assembly, or at least be able to reference some edges and corners of the imported assembly in my sketches in the part studio.

I would be very glad if someone could point out how I could use another file as a reference (in the correct position in relation to the new assembly/parts).
For context: 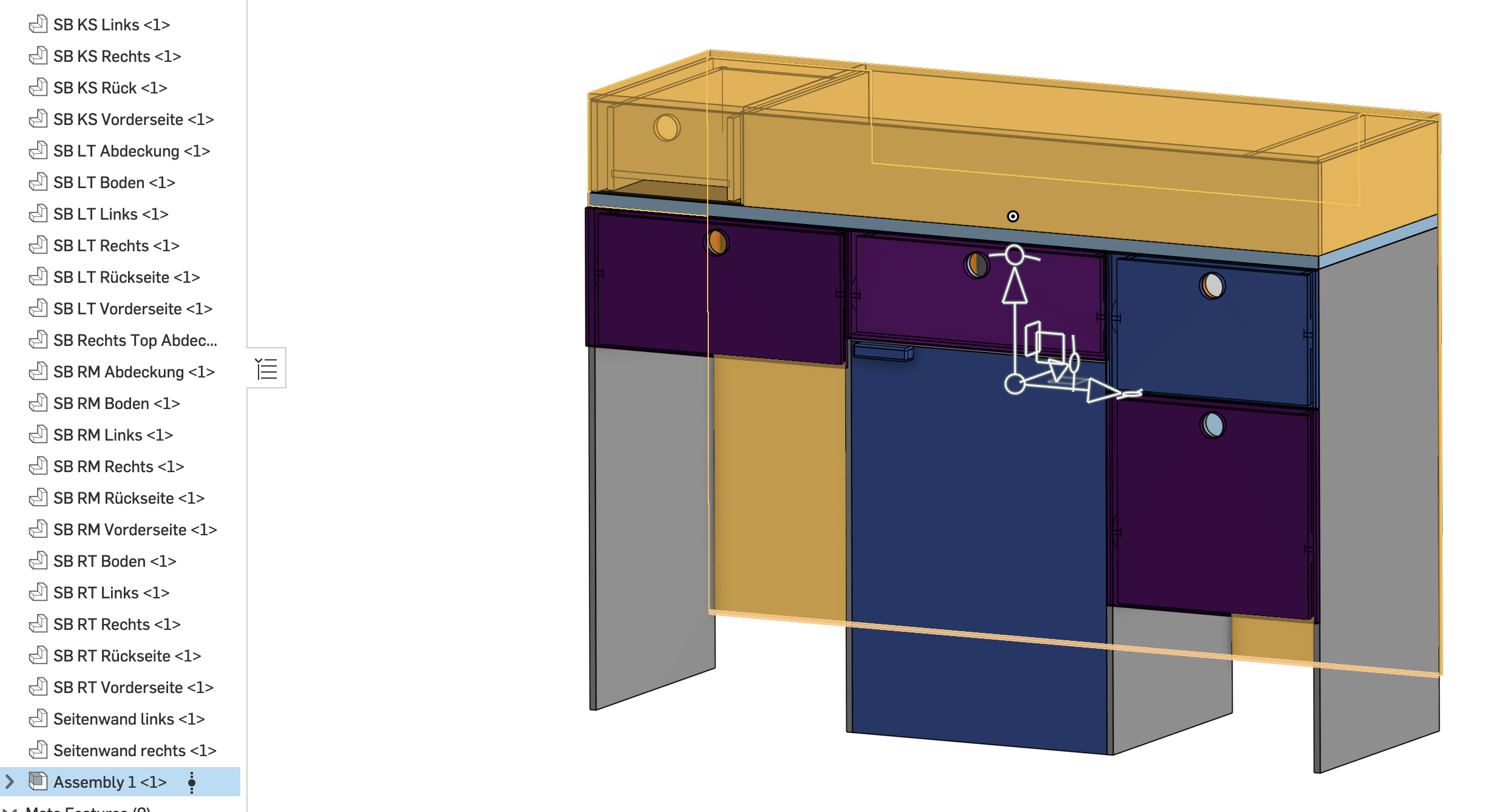 The selected Assembly 1 <1> was imported in my assembly of the newer parts (all the non-selected lower things).
Now I want to add some parts that reference the height of the selected assembly, but because this is all not happening in my part studio, I don't know how I could add sketches that refer to the imported dimensions...)

Thanks in advance.
Cheers