Oliver_Nicholls Member Posts: 3 ✭
April 1 edited April 1 in Community Support
I am trying to drive the position of a pulley (red dim) based on a belt length (yellow). Is there any way to do this? 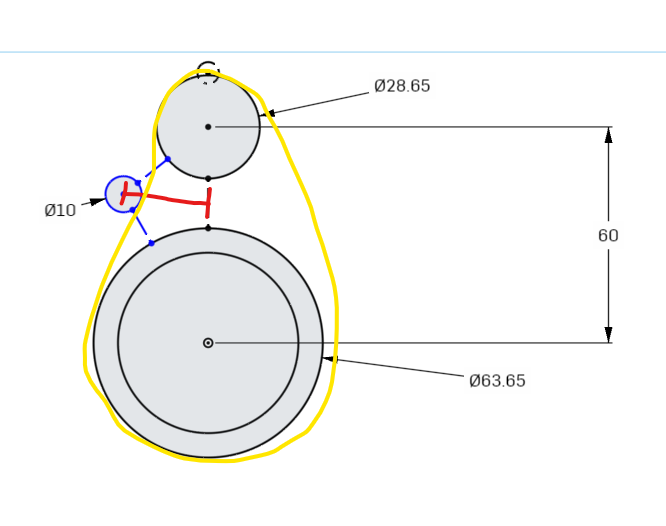