jens_nielsen815 Member Posts: 6 ✭✭
May 29 in Onshape Mobile
Hi, I checked out this new feature and published some clips of my efforts. It's fun. 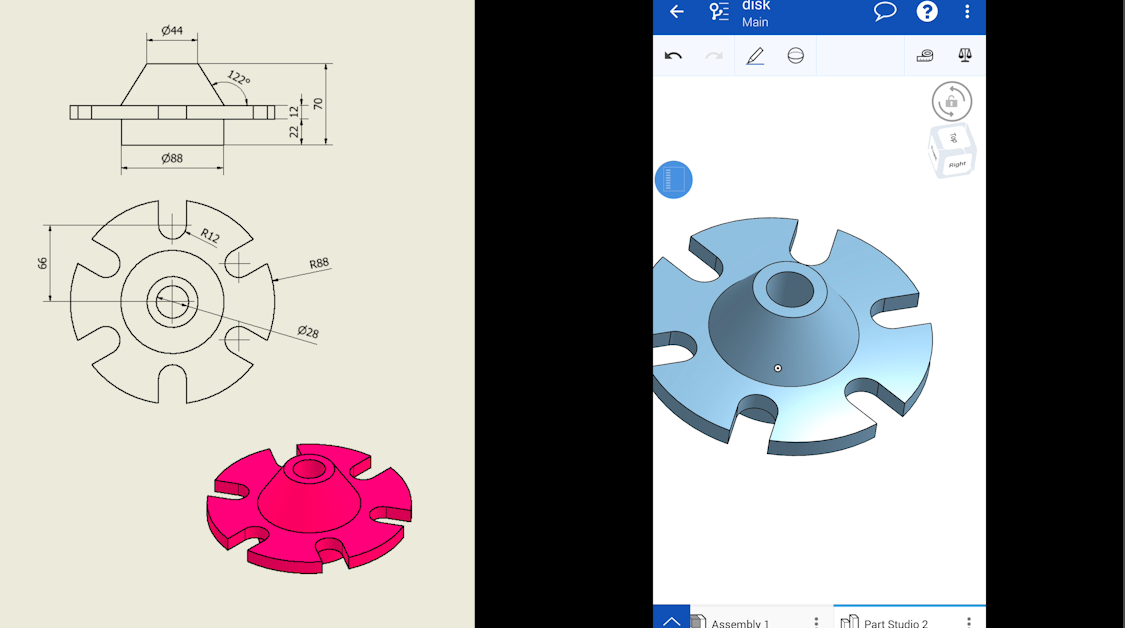