November 18 edited November 18 in FeatureScript
I just pushed an update to the excellent Super Derive feature by @ilya_baran with 2 new options: 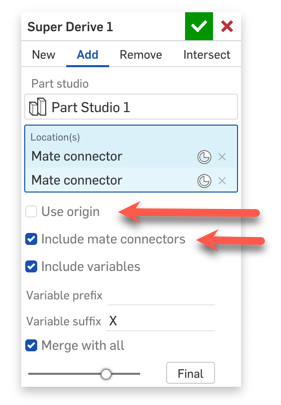