I'm having a tough time trying to put support struts between these tubes that aren't aligned. How do I go about it?

I feel like I'm hacking things together with projected curves and bridging curves.

The sketch in the picture below shows where I'd like the struts. 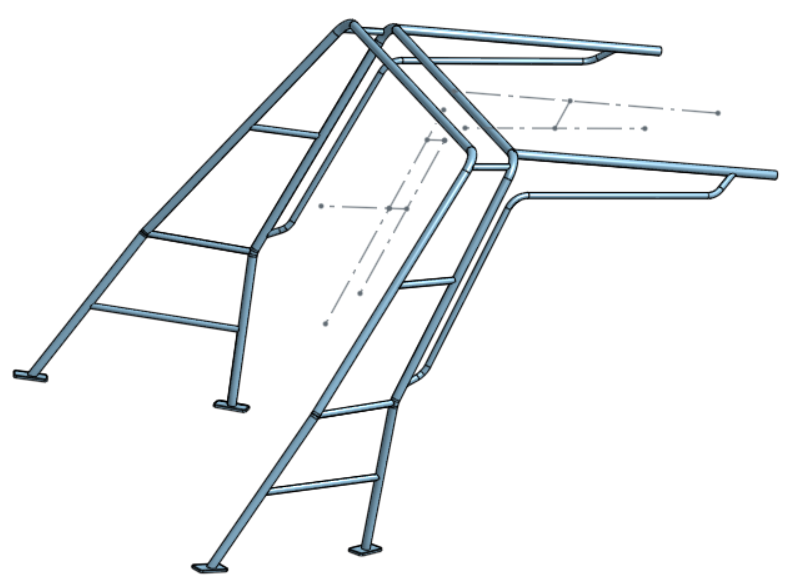