I'm starting to fiddle around with FeatureScript, and have an idea for a feature that I'd like to build out. I've run into some trouble, and would appreciate any suggestions folks have.

My Idea: Briefly, I'll explain what I'm trying to do. I want to create a feature to automatically split cylindrical features with a radial spline, like this:

My goal is to let the user specify a cylindrical body; a plane which is perpendicular to the axis of the cylinder (and thus, necessarily intersecting it - right?); the height of the teeth; and the number of teeth.

I should also mention that I've never worked with JavaScript before, and am not familiar with the syntax - I'm hacking together my code from what I can find in the documentation and peeking at the FeatureScript in the Part Studio.

Where I am: I've successfully built the feature in Onshape manually for 3- and 4-tooth cases, and am working out a general algorithm for N teeth (building the feature manually was really helpful for figuring out how to write the FeatureScript). Here's the 4-tooth case: 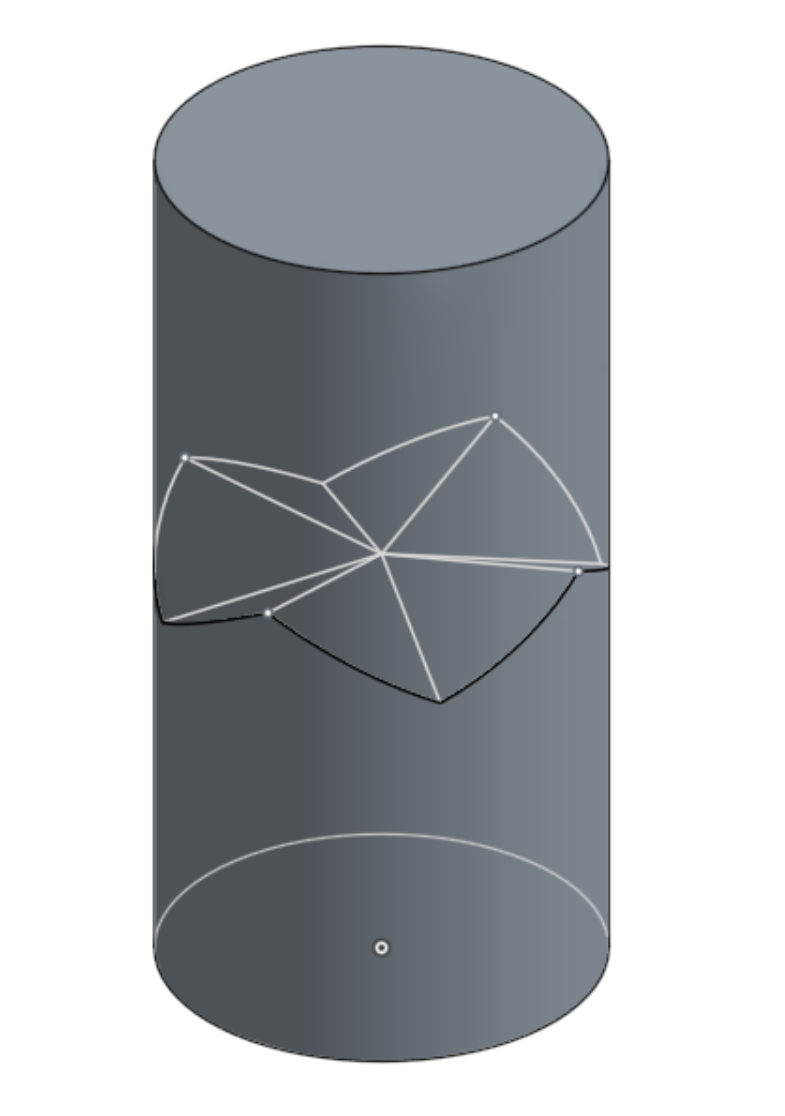 I've also written the following pseudocode to try to automate this process:
As far as I've written them, the preconditions work (although I'm obviously not testing for intersection/perpendicularity, or that the spacing value is legitimate). My syntax in the action section - which I copied from the way a plane is built in the Part Studio - doesn't throw any errors in the editor, but chokes in the Part Studio. I know that I'm inserting "ToothHeight" incorrectly, but I haven't yet figured out how.

What I need help with: In the short term, if anyone can give me pointers on what I'm doing wrong with the definition of the construction plane, or example code for plane creation, I'd appreciate it greatly.

Longer-term, though, what I - and, I suspect, other FS users like me - would find really useful is a set of heavily-commented, simple examples that showcase how just one or two aspects of FS work, and are structured for people like me who have some coding ability but aren't experienced enough to just work from the current documentation. For example, having example code to support the explanation of queries at https://cad.onshape.com/FsDoc/features.html would be really helpful.