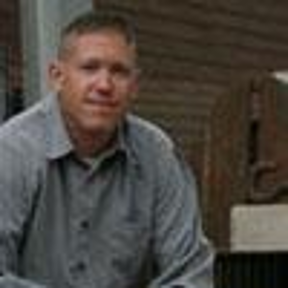 Jon Member Posts: 1 ✭
March 2015 in General
I'm interested in open source hardware, and in particular the possibility of sharing designs using an open source license that requires downstream sharing of changes, because of the impact that this has on innovation. This comment details the potential shared interest in Onshape features that open hardware fans may have with proprietary designers who are concerned about the degree to which vendors may have access to their shared files.

I've discussed the legal mechanics in this blog post, but the short story is that there may be a route to open source licensing for physical designs in a cloud-based CAD package like Onshape. This is simply because of the mechanics of cloud-based CAD, and the fact that a copy of the CAD file is created in RAM every time the design is accessed (I think the same thing may be true of STL files. Check out this Git repository where you can examine the changes I made in an STL file using Meshmixer).

Here's where the open source folks may have strange bedfellows in proprietary designers who are concerned about what happens to their IP when they share their designs with manufacturing vendors, likely overseas, whom they may not trust enough to hand over the full set of keys. Open hardware folks have the same concerns when they share a design publicly using Onshape, and for some of the same reasons. Once a design is shared publicly, without restriction, it becomes public domain, and anyone can do whatever they choose with it. A user can make a private copy of a public onshape document, make changes, profit from them, and not share the changes. This is exactly the type of activity that proprietary designers want to avoid in their vendors.

If either group could attach a license to the design that they share with anyone else, and at the same time limit the pathways out of Onshape that the user might take--for example only letting a user create an STL file or G-code generated with a plug-in--then each group might be better able to preserve their rights. The goals that each of these groups in asserting those rights are very different--one group wanting to closely hold access, while the second wanting to preserve it indefinitely--but the mechanism is the same.

In each case, copyright law can form the basis of the license that the user can grant others, and what copyright law calls the "essential step" of creating a copy of the file in computer RAM each time the file is accessed in Onshape is the key to the effectiveness of those licenses.

I hope that as Onshape develops further that the option to attach licenses to designs created in Onshape, and the automatic attachment of appropriate permissions and limitations that serve to enforce and protect the downstream use of these designs gets baked into Onshape.
1