billy2 Member, OS Professional, Mentor, Developers, User Group Leader Posts: 1,467 PRO
May 2016 edited May 2016 in FeatureScript
So I bought an occipital structure sensor and I've been writing feature scripts to upload data into OS. I just wanted to share the program structure, hopefully it'll help others construct some code.

occipital scanner mounted to my ipad: The biggest tip is to keep all functions inside one FS:

Below I've folded all the code to show all the feature script functions in one file. I use 5 functions: 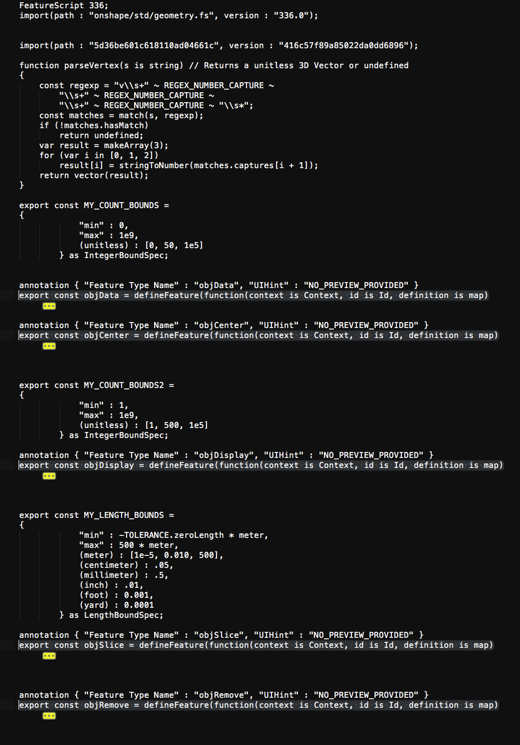 This makes it easy to copy a feature script from one document to another.


When starting a new feature script in a new document:

So with one feature script, I get all my functions: 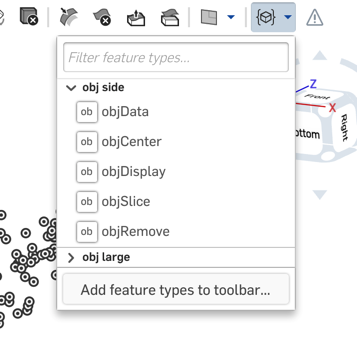 The 1st thing I do is read in data and pack an array: 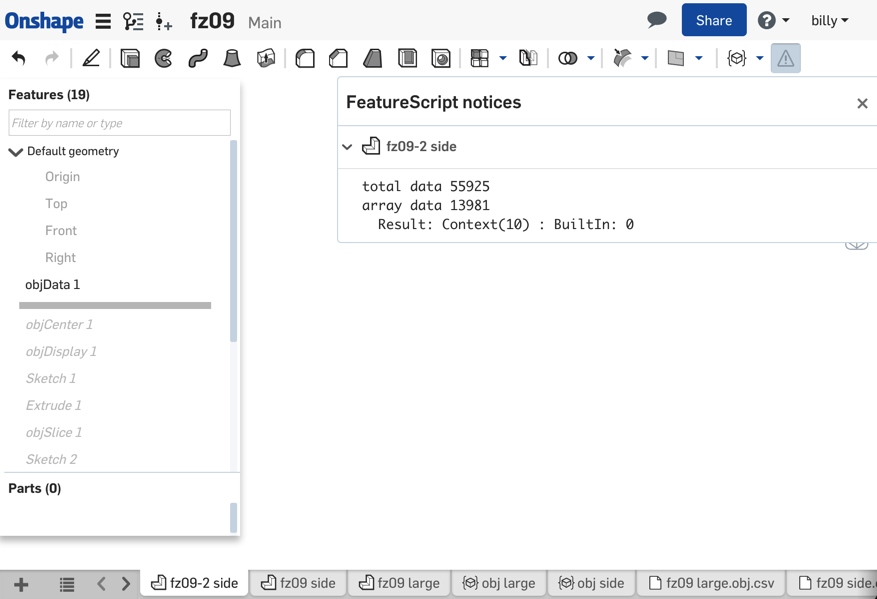 There's over 55,000 points available in the obj file created by the scanner, I parse out over 13,000 points and add them to an array. I pass the array around to different functions using:

Every function reads the array, some actually re-write the array if I'm making any modifications. For instance, the objCenter routine computes an offset vector and translates the entire dataset by this distance. So after objCenter computes, the data is centered for all remaining functions.

I center the data, occipital does great with orientation, but blows it on location. After centering, I have a function that displays the array. For performance reasons, I limit the display to 500 points: 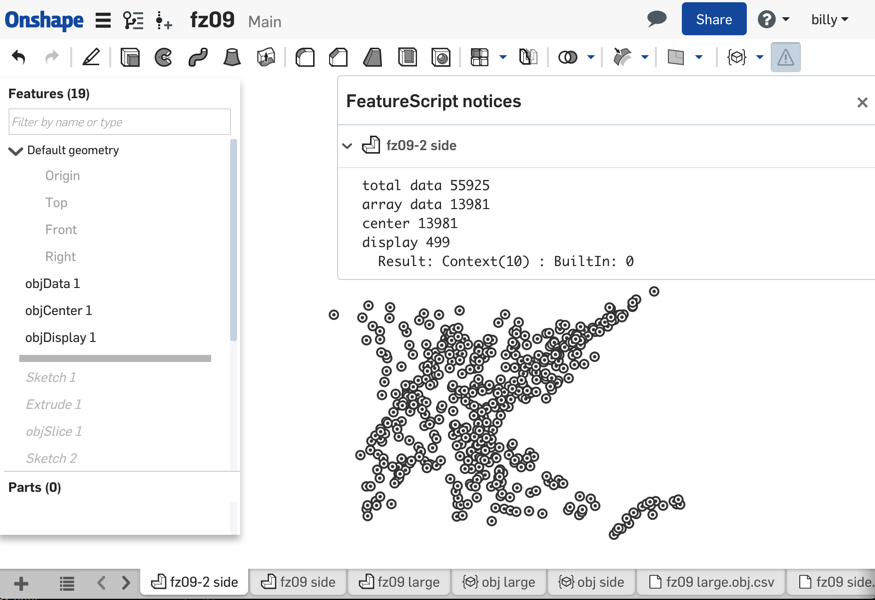 I create a surface and ask for the points that are a certain distance from that surface: 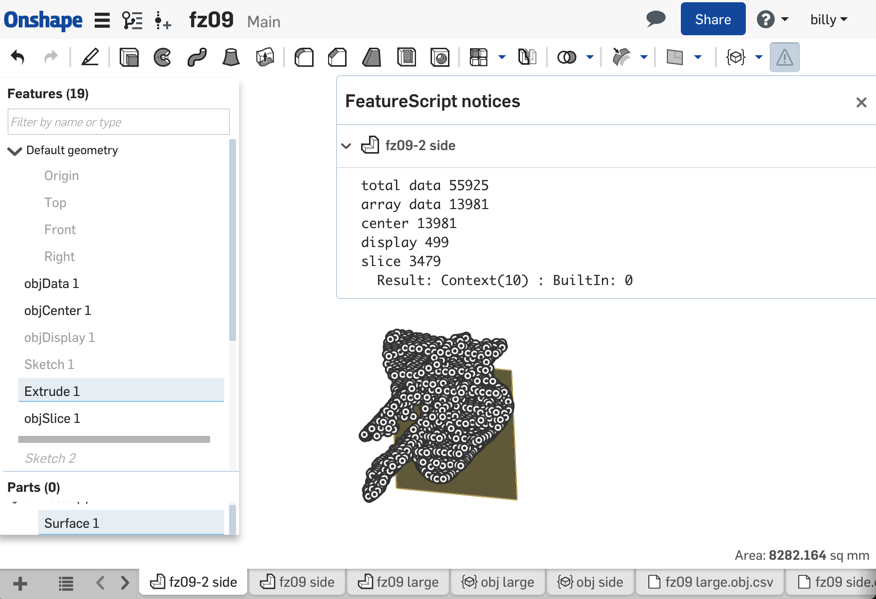 I create a solid and ask for points inside the volume further reducing the dataset: 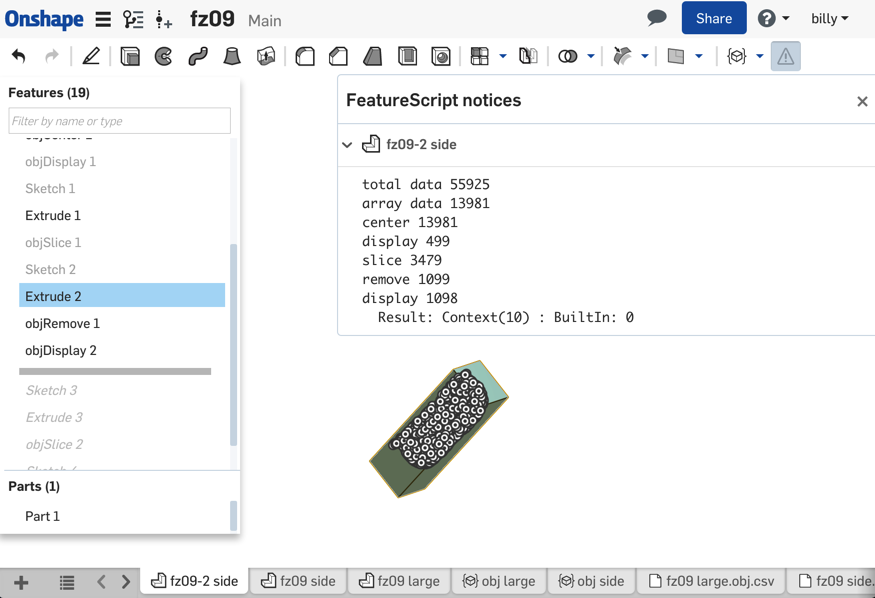 From the point cloud, I create some geometry: 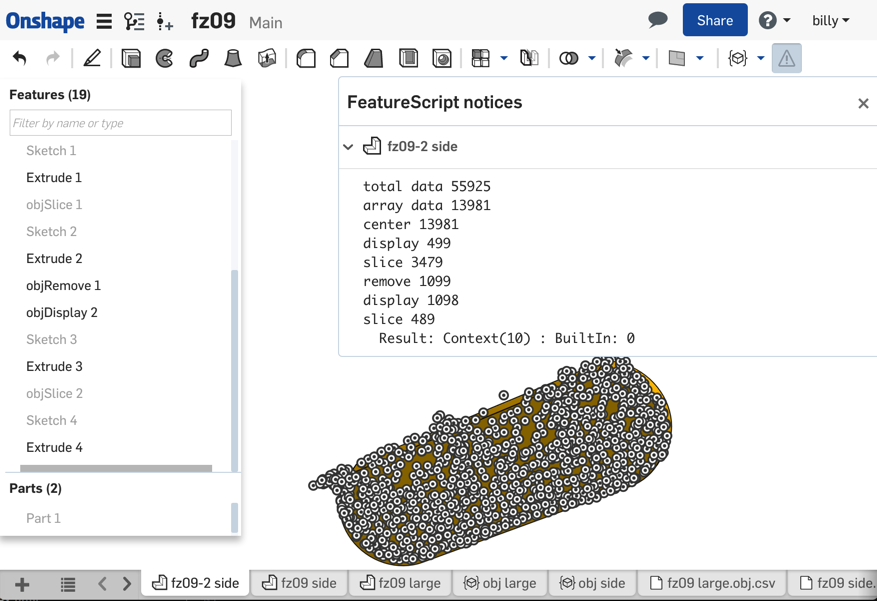 So what is this? 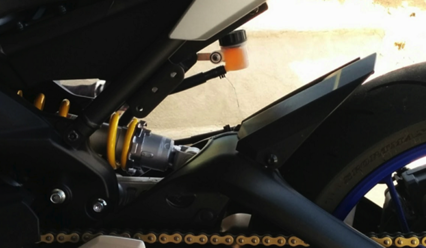 It's the buddy peg mount on a motorcycle. I'm replacing the buddy pegs with turns signals. When designing the turn signal, I know what the mounting bracket looks like.

It's a great way to take organic shapes and bring them into the CAD world.