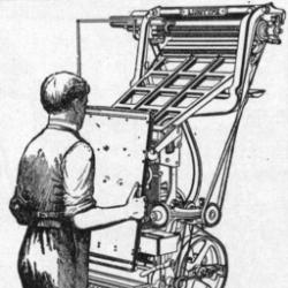 david_macmillan98994 OS Professional Posts: 6 PRO
March 2017 in Community Support
I'm sure I'm just misunderstanding something very basic, but...
In creating a model of the dials on my lathe, I wish to represent a dial ring with a graduated scale on it.  So I've built a ring-shaped part which has on it a feature which is just a small slot (engraved tick-mark) for one graduation.  I thought then that I could do a Circular Pattern of this feature to create a ring of these graduations around the dial.  If I do this with an instance count up to 29, everything seems to work fine.  The correct number of features are patterned evenly around the dial, and the dial ring remains a single Part.
But from an instance count of 30 on, things get strange.  The features (graduations) are created in the correct number, correctly spaced.  But for each instance from 30 on, a completely new Part is created which contains only that feature.  These are dual inch/metric dials (with clever gearing inside them) which have 100 inch and 125 metric graduations (I'll be making two similar rings), so if I keep going as-is, I'll end up with a parts list with 167 extra Parts which are nothing more than individual graduations.  (Of course, I didn't start at an instance count of 2 and work up.  I started at 125, it blew up, and then I went back to find out where.)
Here's the model:   https://cad.onshape.com/documents/9286620660632cd94c84261e/w/91c09b74c0bdef5c7332a9de/e/4c6cf9e4e8013dcd7b04004d
(I hope that link works - this is the first time I've posted to the forum with a linked Document.  If not, a search of Onshape public documents for "clausing-colchester" should turn it up.)  I've left the Document set at an instance count of 36 for now, which shows the problem but doesn't overwhelm the Part list with a hundred extra Parts. Originally the Part was named (by me) "Metric Dial".  When I go from 29 to 36 instances, Onshape renames it "Metric Dial (14)" and creates six new Parts, each with a name of the form "Metric Dial (x)", where X is an odd number from 5 to 15.
So what is it about the patterning of features that I'm not understanding?  What's the difference between 29 instances and 30?