Un-originally I have named it 'Profile Generator', I suggest deleting the old one first then re-importing

As you can see I have merged NACA and generator into one script, this is the small change. The large changes are:

- Just under 1600 Aerofoils have been added, removing the need to request your required aerofoil.
- TE joining for open trailing edge profiles (currently only by a line).
- The ability to choose between single and double splines (upper and lower), this makes the trailing edge sharp instead of rounded.
- Smoothing for the leading edge if using two splines, this makes the tip rounder. you can also define the magnitude of smoothing.

Also, I have added a script for splitting a wing into a structure consisting of ribs, spars and bars: 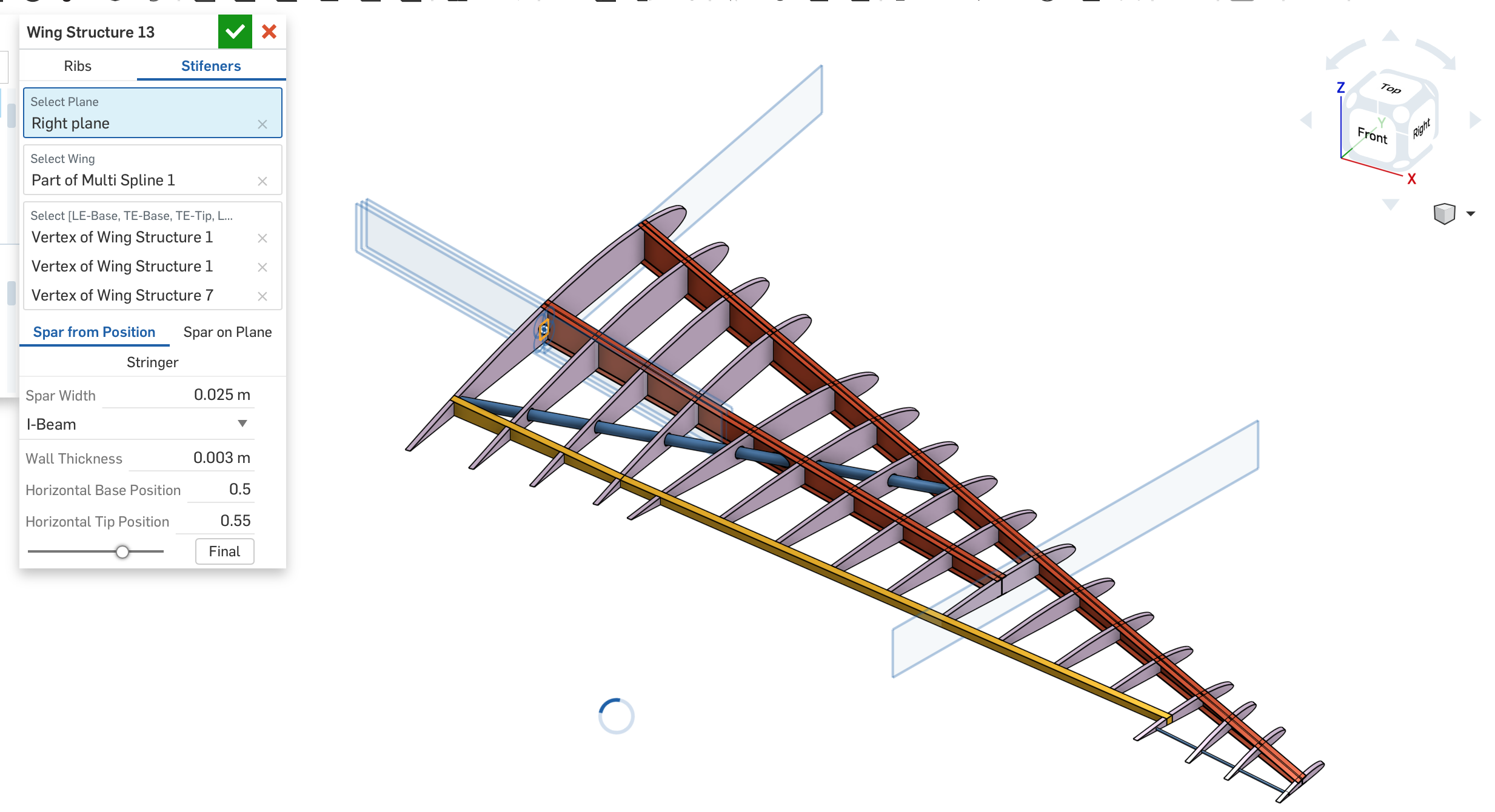 There is no documentation currently for this so please look at application example 4 to see how I used it. The intention for this script is to be able to quickly generate structural designs for FEA analysis without spending many hours in CAD. Once settled upon the best setup the user can then go back and perfect the design, either from the original wing or modify the generated structure.

Any feedback is welcomed, I hope you can make good use of these scripts.
Darren
Tagged:
2