So I said I would create a simple light inside Onshape and I did. I choose to import bodies from the original cad and constructed features inside OS based on the imported geometry. I think this is a common design pattern and OS should be/and was capable of this pattern.

Today I suppressed the imported feature and all the dependent bodies suppressed nicely leaving me with only the features I created inside OS. I was lucky/skillful not to create any references to any imported bodies.

Why create an assembly? This question will never end.

Nothing in my layout moves therefore why create an assembly? Turns out I have 3 resistors and I need to instance them, I want 3 independent resistors with bendable wires and don't want to create 2 additional resistors by building each with 25 features.

So, instancing is todays reason for an assembly.

First I want to clean up my part studio and delete some of the bodies from the imported feature. My import feature had many bodies consisting of purchased and manufactured components. I want to delete the manufactured bodies which I just recreated inside OS and have no need for them any longer. 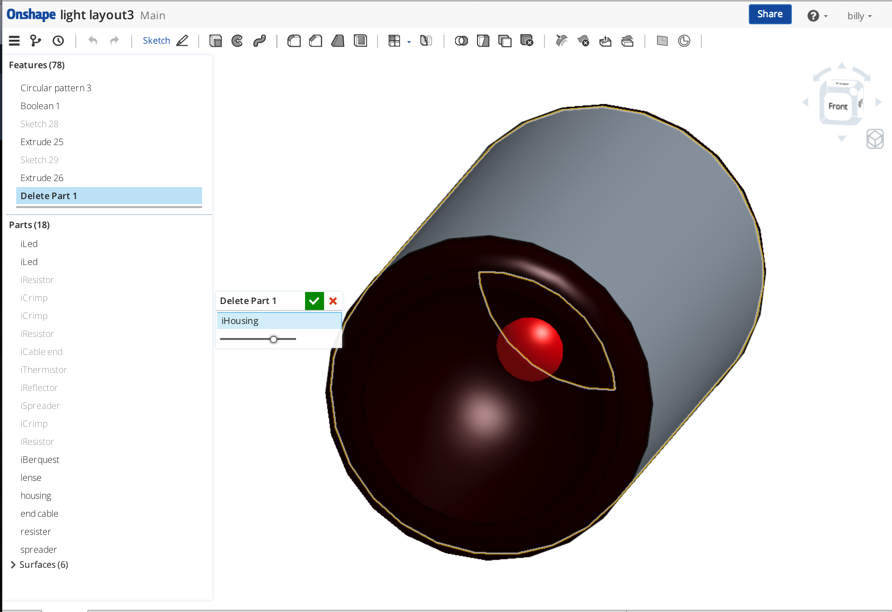 OS parametrically deletes parts in a part studio meaning that it's not out of the data structure entirely. The only way to remove the bodies is to delete the import feature. Sometimes I feel like parametrics is like a booger stuck on the end of a finger and it can't be flicked it off.

I ended up parasolids out the imported body and retained my flipped geometry, then saved the individual purchased parts as dumb solids into their own OS files to be used later in an assembly. Now I'm forced into an assembly. I feel the handcuffs clicking tighter and tighter.

It's important to note that you can't re-import into a part studio meaning you better get it right the 1st time because redefining/re-importing at a future date is impossible. 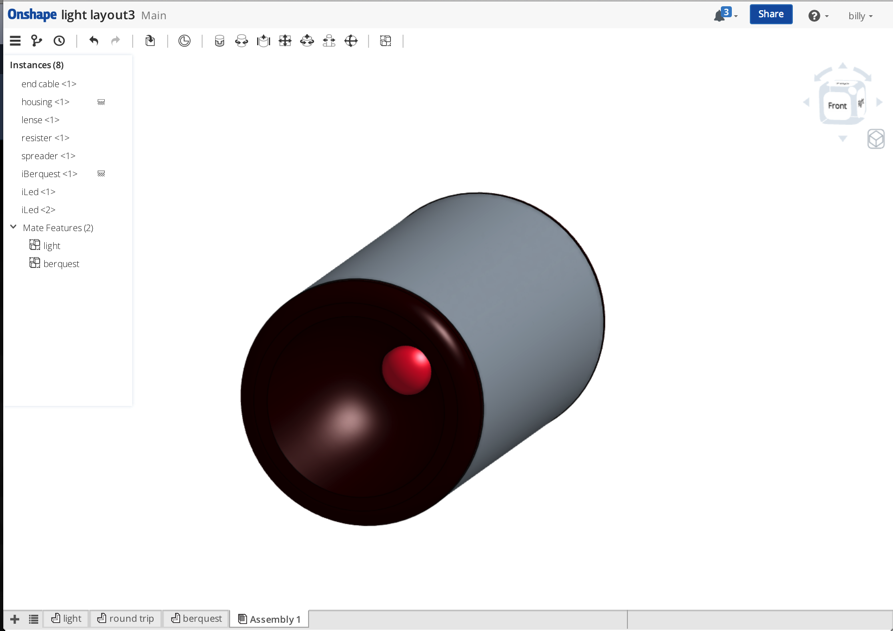 Every part studio I bring into an assembly gets grouped by me so it acts as one component. Maybe this should the default behavior or do you think I want to re-assemble a multi-body part? 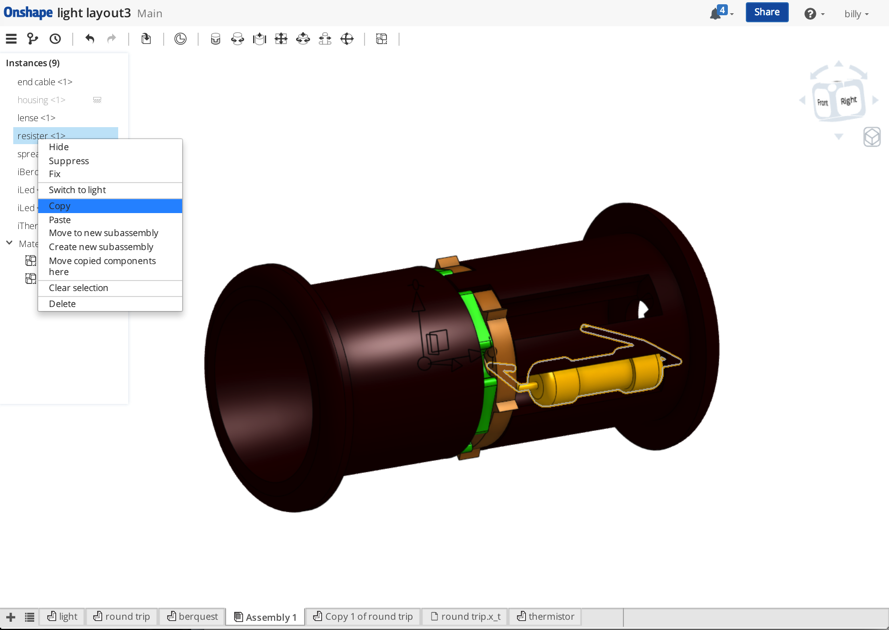 This is more of a warning than a bitch because "copy" put the part in a buffer and doesn't make a copy. You have to paste to get the copy. I did it 3 times before I realized my mistake. 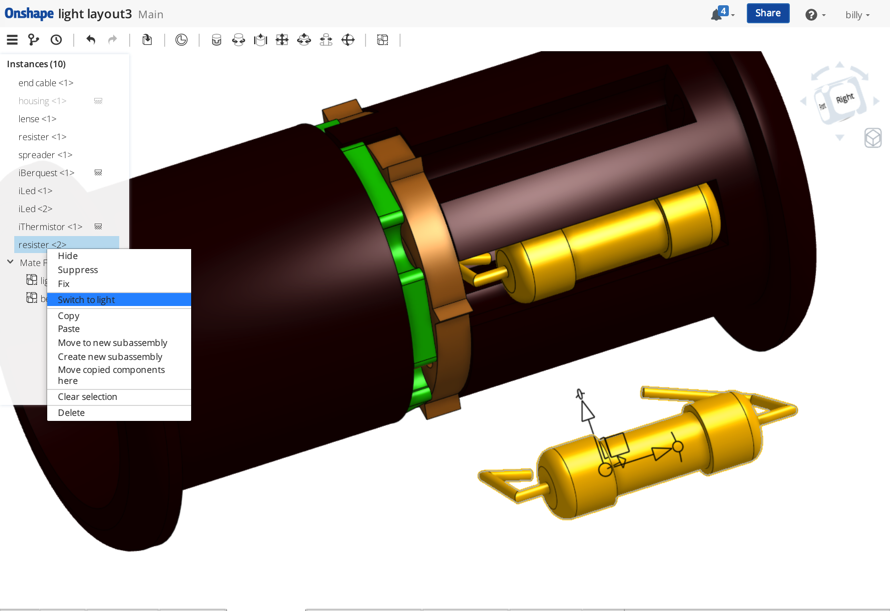 What's nice is that you can get back to the features that created the component by RMB and 'switch to light'.

Back in the old days we used to save the big change to the end of the demo and here it comes. I went to redefine the wire for the resistor, which is almost impossible to understand even though I created it, and the sweep feature blew up because of a reference. 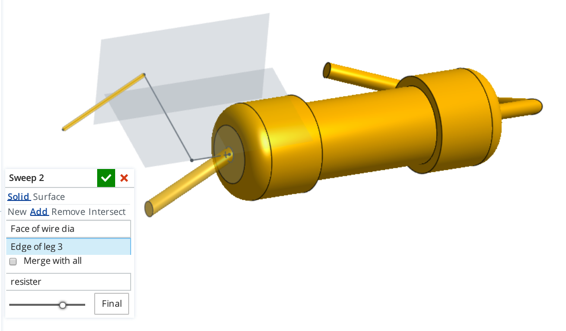 This is cool, the trajectory doesn't connect with the profile yet it still works. This means you can use any trajectory for the sweep and the profile will follow. I could never get this behavior to work inside SW. Not sure what good it is, except that's it cool. 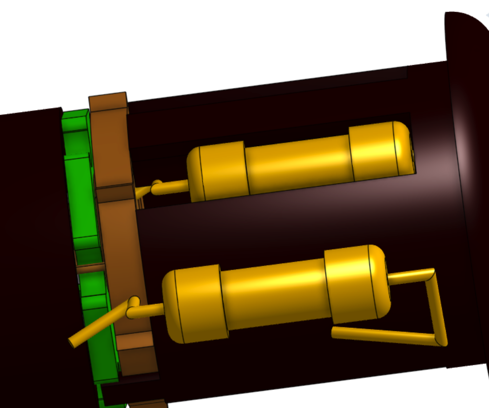 So I make a change to the copied resistor and they both change. What "no independent instancing in OS"?

Well that blows the demo all to hell. 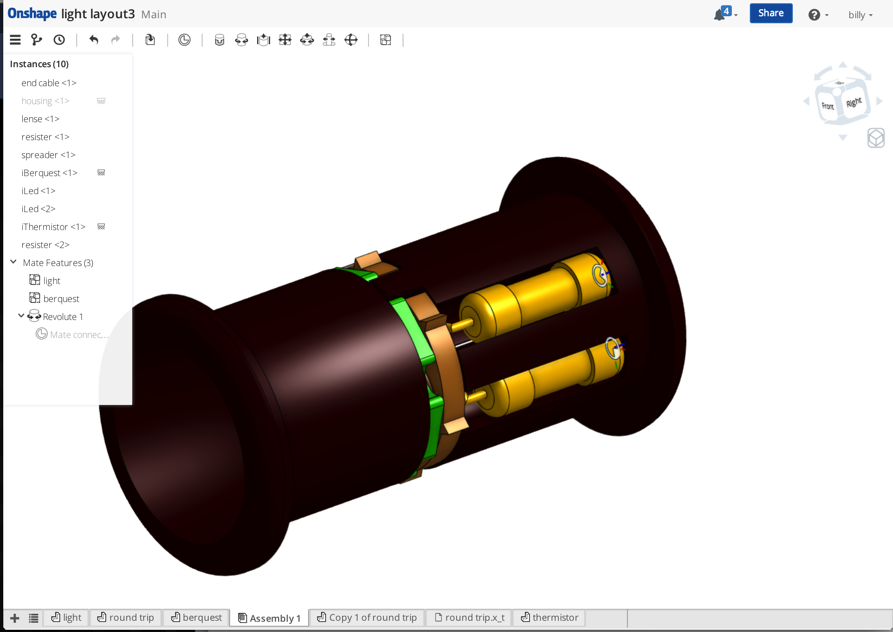 I figure I should use a mate connector since this is what an assembly is all about. It seems like mate connectors should be defined in each part because I usually know how a body/multi-body part should behave in an assembly. Having all these created in each part and connecting them up in an assembly seems like a better way to handle this mate issue. I think it'll reduce the confusion in comparison with existing mating systems. We'll see. This isn't a bitch, more like a comment.


I'm done, I've got an assembly inside OS and I think I could manage it inside OS from this point. The resistors, nope can't do it. I'll have to make them without the help of CAD for now.

You can see the light under the seat: 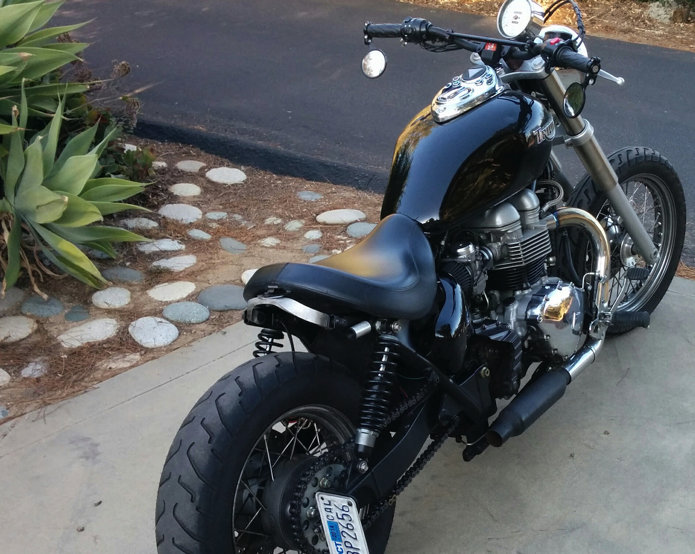