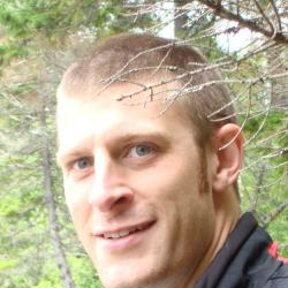 MarkGibson Member Posts: 3 ✭
September 2014 in Using Onshape
First off, hello to all of my old friends from SolidWorks! And second let me say that I'm really impressed with OnShape so far. It's great to see that you guys are thinking about new ways to make a CAD system beyond just putting it in the cloud.

Anyway, I have two questions:

The first is about whether parts have an identity beyond their bodies. At present "parts" seem to be a loose construct where if some features in the Part Studio create a separate body, that becomes a part. However, it seems that if that body goes away later, so does the part, then the mates fail, the assembly "can't resolve" the part anymore, etc. I'm wondering if that's an inherent way the system works, or just a temporary thing? Stepping back from CAD, I think of a part as having its own design intent and identity that's independent of the solid/surface body. I would tend to build in refgeometry as guides to model from, then build solids. But I'm wondering if you have a better way of thinking about this.

My second question is about design workflow. In my work, I use a hybrid of what in SolidWorks would be "part" and "assembly" functionality. Part instancing, patterns, mate-constrained drag, imported models; but also layout sketch and parts built off of the layout. The Part Studio seems like a really nice way of doing parts off of layouts. But 60% of our components are purchased and the models are imported, then mated to the layout or to each other. So my question is, what's the OnShape way to design (vs. modeling up already-known parts and assembling them)? Should I be looking to import/mate/instance/drag parts within the Part Studio, or should I be looking for geometry capability in the Assembly environment (i.e. sketches, parts with refplanes, etc)? Or am I stuck in the SolidWorks "box" in my thinking and there's a better way? I'd like to use OS for a design project at the moment, but even though our geometry is super-simple, I'm having trouble with the "design" part.