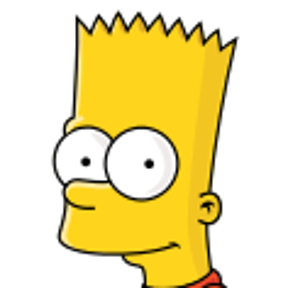 Esrever_reenigne Member Posts: 6 EDU
August 2018 edited August 2018 in Drawings
Hi everyone, I'm new to Onshape & this is my first post.
I feel a bit silly asking such a simple question but I've had several failed attempts so I thought I'd ask the pros.
I'm trying to model some mating threads (metric) for 3D printing and they all seem to look good in the drawing but the clearances are too tight and the nut never fits the male thread when I print them.
I've tried modeling the male thread and then creating the female part by doing a boolean subtract on the female mating part. Setting a bigger offset on the boolean subtract seems to destroy the thread form and I can't seem to set an offset bigger than 0.4mm with the thread I'm trying to offset.
I've also completely modeled the female part from scratch (allowing clearance on the root diameter of the male thread) and swept a thread with the same thread form and it still didn't fit after it was printed. I'm sure I could tinker with my clearances and get it to work without too much trouble this way but I didn't pursue that as it seemed like a lot of extra work.
Here's one I tried yesterday by doing a boolean subtract from the male part. I used a 0.25mm offset when I did the boolean subtract and the nut won't even go close to screwing on. My thread forms aren't on spec, I'm just using rudimentary thread forms until I can get my clearances/fit worked out.
https://cad.onshape.com/documents/5e6ebcc5e7afe6e719d554c7/w/e804a651d0e8b2d9b94cd152/e/32b5dd0891aab4ea9287a50f
I'm not up to assemblies in the learning path yet, no doubt I'll be more enlightened by the time I get through that but I need some threaded parts now.
I'm obviously doing something wrong, if anyone can point me in the right direction I'd really appreciate it.
Edit: I just found the thread creator. I'll run some tests with that, it looks like it's just what I needed.
https://cad.onshape.com/documents/6b640a407d78066bd5e41c7a/w/4693805578a72f40ebfb4ea3/e/f8aea9e5c33e02eab0854a4f
Edit 2 : I just drew another model using the thread creator tool (that was much easier than modeling a thread)  and after printing it wouldn't screw together either. I made both the parts a nominal 30mm diameter, applied the threads to both parts and then did a boolean subtract with 0.2mm offset between the parts. So I will need either a larger offset value or draw one part with the appropriate clearance added or subtracted from the nominal diameter before applying the thread.
https://cad.onshape.com/documents/1725caffe12d09674e92590b/w/bd3e1c655c403d786a185519/e/b1409dd91aedbd331ec99139
I know this is all really simple stuff but maybe my mistakes will help someone else some time in the future if this comes up in a web search.