How do I mate these parts?

Cadman Member Posts: 12 ✭✭
February 2016 in Community Support
See the image attached. I need to mate the 45 deg braces into the corners of this Plant Stand but can't find a mate connector that will do this without me having to do some guessing on the movement to align the two faces. 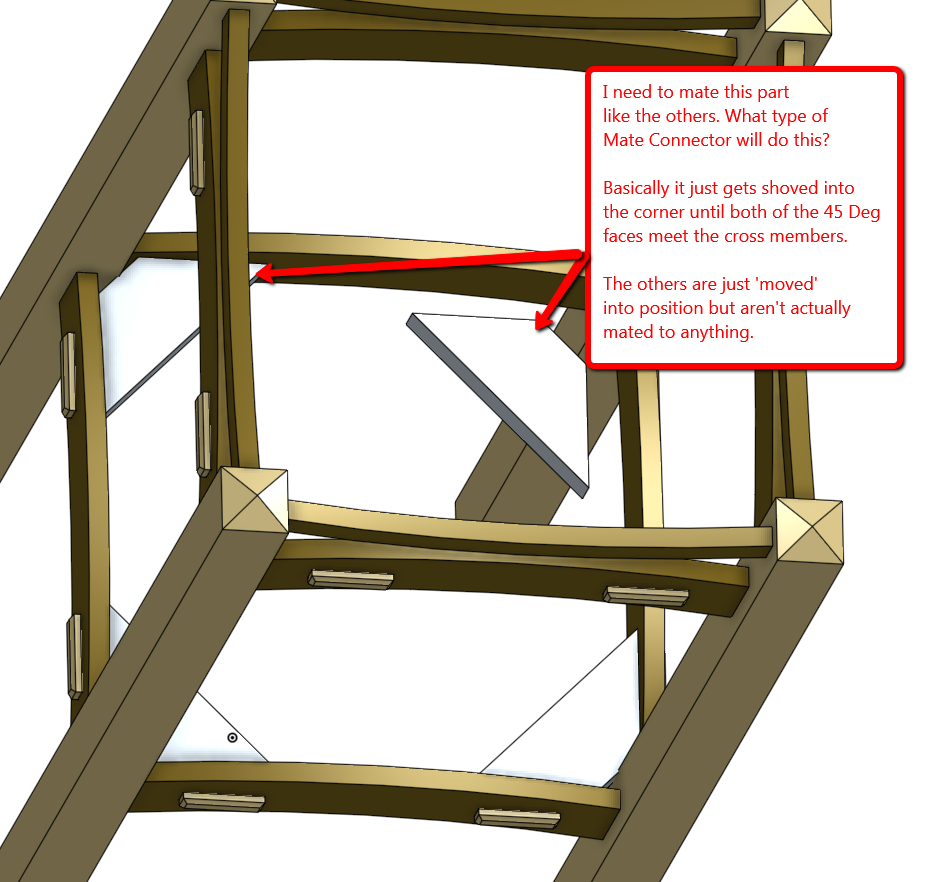