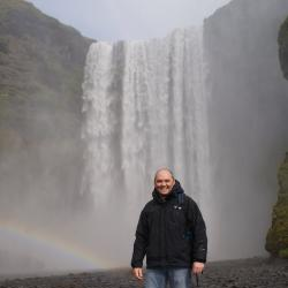 kevin_quigley Member Posts: 306 ✭✭✭
February 2015 edited February 2015 in Using Onshape
Thought I would try to use Onshape tonight to model up something that we had an enquiry about on Friday afternoon - so consider this a live job of what I would likely use Onshape for in its current form - modelling up something that has been mulling in my head for a day or so, just to see if it is actually viable. Bear in mind this is a single moulded component, nothing too complex, but I did try to use the app as I would use SolidWorks on the Windows workstation - full screen, rapid conceptual modelling.

1. Working full screen in Safari on Mac. My default mode to drop an active tool is to hit escape - Onshape does this, as does virtually every other CAD and non CAD app around. I think this is even more hard coded into the DNA than the MMB rotate :-)  Anyway, in this set up at least, escape drops Safari out of full screen mode. REALLY annoying!! Is there a shortcut to drop the active tool that is not escape?

2. Basic sketch functionality - there is no consistency in the way the sketcher picks up snap points or smart cursor cues. Sometimes drawing a sequence of lines it picks end points, sometimes not. Same for the smart cursor cues. Is this a latency issue?

3. I find it really frustrating not having any form of "thin feature" ability. I tend to draw single lines and extrude these with thickness in all my other apps. In Onshape you need to draw the enclosed shape.

4. Same can be said for sketch entity offsets. It has no two sided offset (so draw the centre line, offset to each side). This makes creating slots a tedious affair.

5. No slot tool. Amazing how much you miss this when you don't have it.

6. Biggie - no axes reference geometry tool? Really. I could have sworn we had one in earlier builds, maybe not. In any case this makes using the the circular pattern tool difficult if you have no circular geometry to use as the axes (so you have to create it - not good).

7. Tangent constraint always has to be applied manually -again, this is tedious. Draw a circle, now draw a line you want to make tangent - the constraint should apply automatically as you drag away from the circle (or arc). It doesn't.

8. No ability to extrude with draft - again tedious. I can see no valid reason to force the user to add an extra stage.


9. No micro adjustment in sketch dimension dialogue or feature dialogues - you have to (usually) select the text box to type the value, or commit to the feature or dimension then edit it after. Again this is tedious.

10. Constraints are rarely picked from modelled entities. Example, draw a line you want to the mid point on a modelled edge, I've tried this about 20 times tonight and each time I had to use a referenced edge in the sketch, then manually apply the mid point constraint. You need to be able to just draw the line to the mid point and it automatically picked it up. This is not happening (like with the tangent issue).

Other things I noticed. The application is quite snappy now, I didn't really see the difference (on the Mac at least) between modelling in Onshape or in other desktop installed apps. This could be down to a quiet weekend office use, but probably not. I'd say this has improved greatly. If I do notice any lag it tends to be when you go back and edit a feature.

The main thing to pick up here is the basics are still not, in my opinion, production ready. The 2D sketcher environment needs to be near perfect for doing basic sketches. It is not. The sketching toolset and behaviour is lacking for professional level, production work. The core modelling tools need some extra functionality adding.

Finally, I think others have mentioned this as well, it would be great of we could import PNGs or JPEGs into the modelling environment to act as sketch guides for modelling. Maybe this can be done, I'll be honest I didn't check the help to see, but there was nothing obvious about the process, if you can.
1