Discrpencies in documentation related to using acos, atan and other trignometric functions

atharva_patwardhan Member, Developers Posts: 1 ✭
December 2018 in FeatureScript
acos, atan and other trigonometric functions return results in radians and not degrees while I was using feature script, though the documentation mentions otherwise 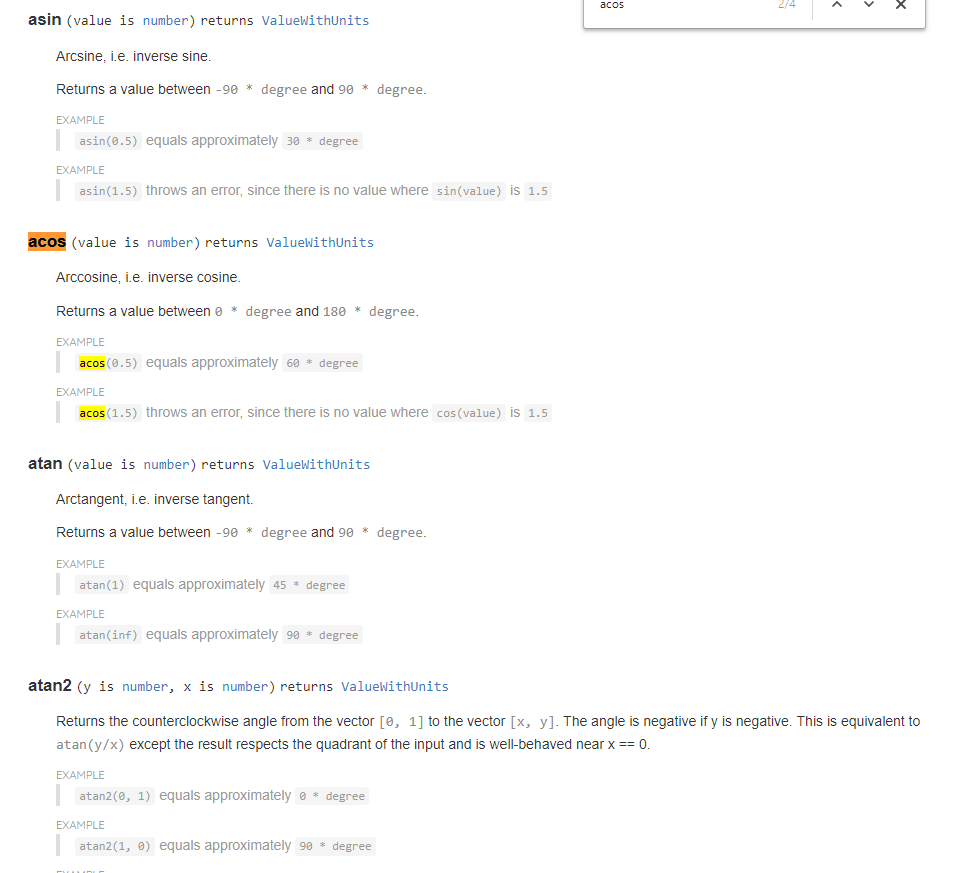