After changing the featurescript ID values, how can you access the sub values for each column? For instance on the attached image, if the user selects the parameter of _3_8 (3/8) and it is instantiated,
how would the #socket_depth value be drawn from that particular chosen configuration? 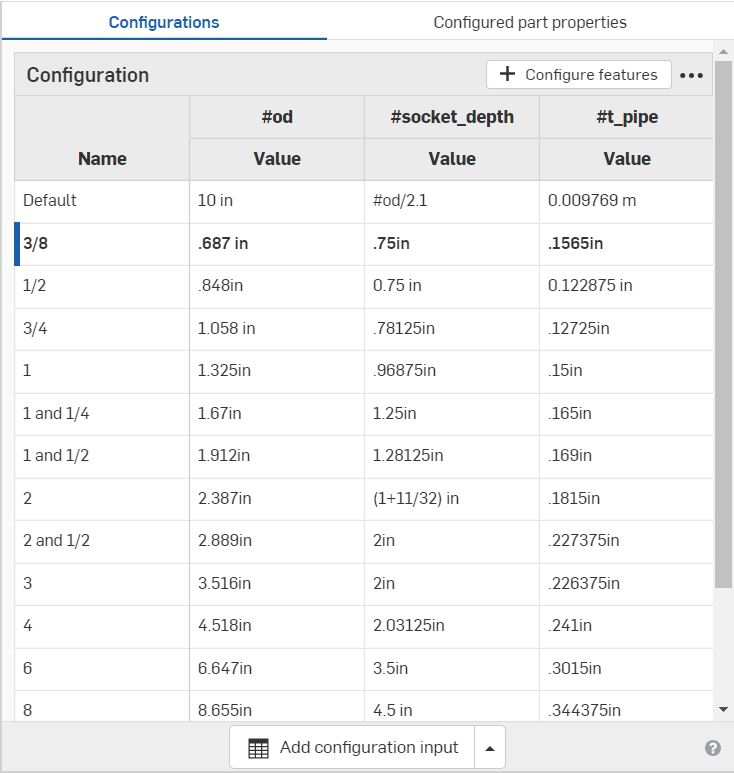