Cutting channels in a cylinder

I've been doing quite well as a noob building a simple part... up until this point. Anyway, let's see if I can successfully explain this.

I'd like to cut channels into a cylinder. This is the housing of a night vision tube and the channels will hold threaded rod which in turn hold the whole thing together. I don't want the housing to be able to torque, hence the channels.

mm deep (which is the diameter of the threaded rod). The rod and channels will run along the Z axis of the cylinder. They are spaced at 1/3 the perimeter.

I've included several pictures of both parts so far. One part is imported, hence the mesh (credit to David aka cj7hawk). The meshy part mates with the front end of the cylinder with the tabs facing inward and the tab with the circle cutout centered at the top. I don't know how to align and mate them. The meshy part already has holes cutout for the channels.

Basically, I think I need to first sketch another layer to my cylinder, extrude it, then somehow cut away the channels at 1/3 the perimeter.

If anyone is willing to help after that crappy description it would be greatly appreciated, thanks!

I also just made this file public, awesome! 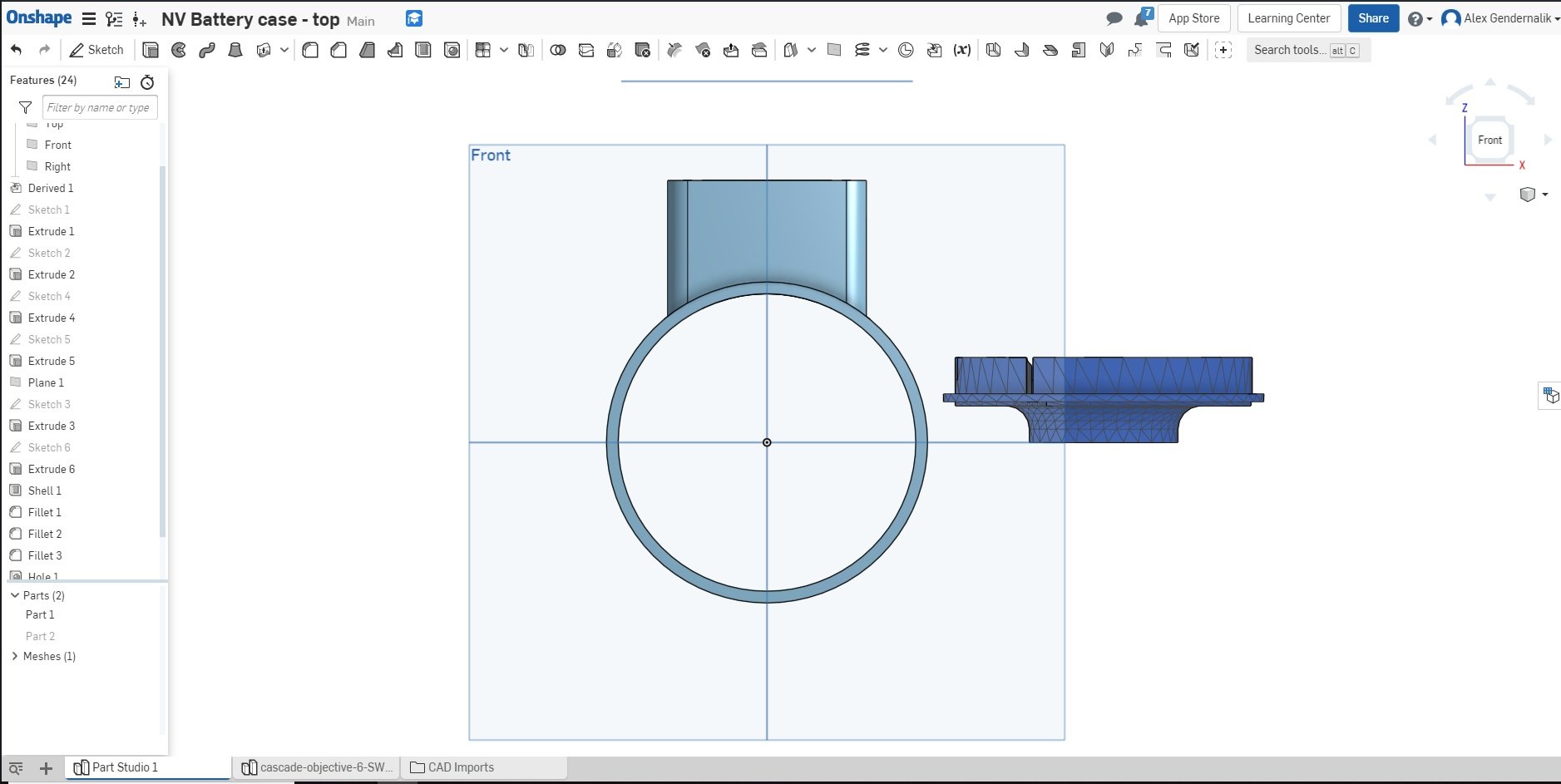 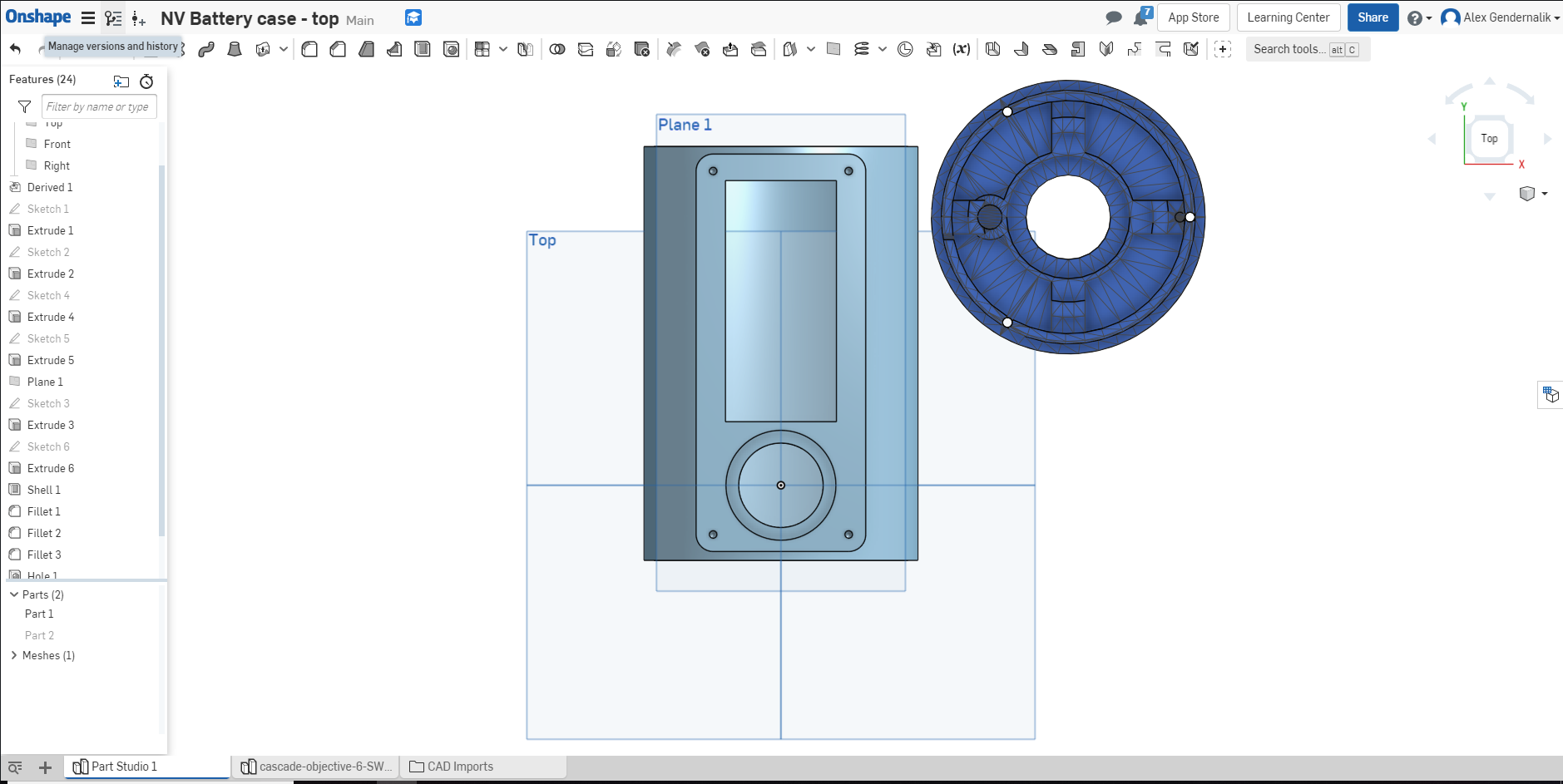