Problem: opPlane() with a rotated coordSystem creates a "non-rotated" plane 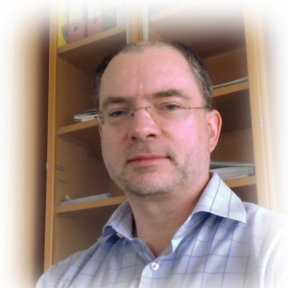 gert_rieger Member Posts: 2 ✭
September 2019 in Community Support
I'm trying to write a feature script that takes a curve and a point as parameters (among others), and creates a plane with the x-axis pointing in the direction of that curve's tangent at the given point.
(The motivation is, I want to then manually draw a sketch on that plane that extends the curve in some way.)
Everything works fine EXCEPT opPlane() seems to compute an x-axis of its own instead of using the one I give as part of the CoordSystem I pass in as a parameter.
To demonstrate the problem, I "debug()" the coordSystem. It's obvious that the coordSystem is rotated to match the curve's tangent, as intended. But the plane comes out "straight", that is, oriented along the global axes.
The same happens with "plane(origin, normal, x)". And the pop-up info in the feature script editor even says "Creates a plane which fully specifies its orientation"!
Unless I'm making a subtle mistake, this looks like a bug to me.
https://cad.onshape.com/documents/943dd2fd8b82cc5db6a8d992/w/ea4e52436f0687008c5a807e/e/a775cc83eb33f5213287ace3
My feature script is in the tab "TangentPlane FS". A demo call is in the tab "Eye". Double-click the feature "TangentPlane 1" in the feature list to see the "debugged" coordSystem. 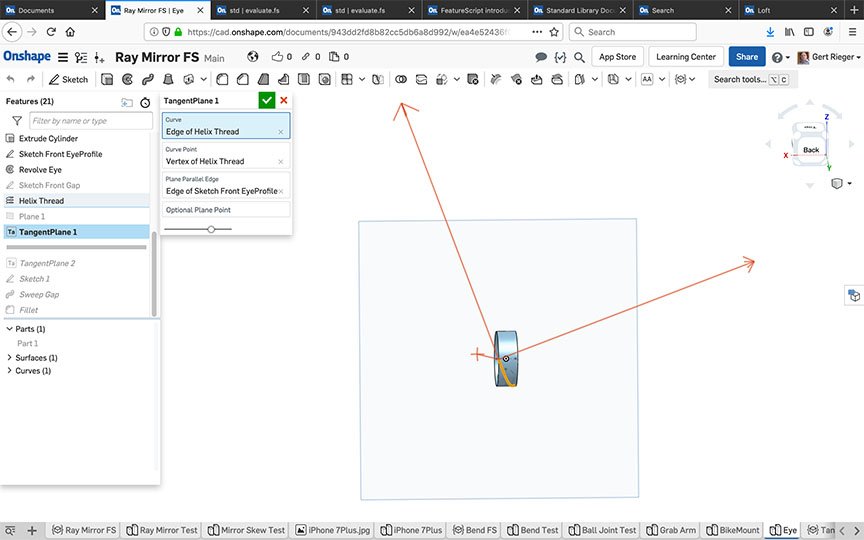