About exploding view for BOM on 2D drawing 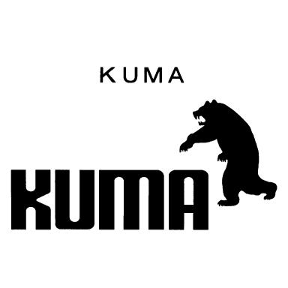 WeiLin_XingMobility Member Posts: 3 ✭
September 2019 in Drawings
Hi, We ran into some problem creating exploded view on 2D drawing recently, and i'm hoping if anyone can help us to resolve the problem.
In short, we would like to have a exploded view included on the 2D drawing (for BOM purposes), but when i release the assembly 2D drawing, the original assembly must be in the original form (not the exploded form). other wise when we inert the released assembly into a higher assembly, the released sub-assembly will just be in exploded form. Currently I can't find a way to release the 2D drawing that is different from the 3D counterpart. This causes a huge problem for us when building our top assembly, which required to use released assembly/parts; if the released assemblies are in exploded form, these sub-assemblies will simply showed as exploded forms in the top assembly if we insert a released assemblies.
To explain in detail, our company uses the "release function" to fix version for manufacturing; this applies to both assembly and components. When we release the assembly, the components or/and sub-assemblies inside the assembly "must all be released". We ran into a problem which if we would like to release a assembly in BOM structure, which required exploded view, the 3D drawing must be in exploded form. So I'm looking for a method to create to different component positions in an assembly, and present one forms inside the 2D drawing while showing another form in the 3D CAD drawing. In short, for "Assembly A" i would like to create two component lay out structure (or position), layout A normal form, layout B exploded form; when I release the component, i would like to see layout B exploded form on the 2D drawing and layout A normal form in the 3D CAD drawing tab.
For say I have a assembly named "Engine block" with sub-assembly "crankshaft assembly" and sub-assembly "block housing assembly" inside. The sub-assembly "crankshaft assembly" contains following items "piston","screw","piston ring", and "crankshaft". In order to release the assembly "Engine Block", both sub-assembly "crankshaft assembly" and "block housing assembly" needs to be released pre-hand (or at the same time). When I release the "crankshaft assembly", I would like the 2D drawing to be presented in the exploded view form, so I can quickly point out which item relates to which BOM number, but in the 3D CAD page "crankshaft assembly" it needs to be in the original form, so when I open the assembly "engine block", the "crankshaft assembly" will show as original form instead of the exploded form.
We have tried many different methods and all doesn't seems to work.
1. We've tried to duplicate the assembly, turn it into the exploded form, and insert back to the original 2D drawing. Doing this will result in releasing both assemblies (both original and explode). I've also tried to insert from other version or branch version, all seems ran into same problem.
2. I've also tried to release with the yellow refresh button (2D drawing not aligned with the 3D CAD drawing), but seems like it wouldn't let you release unless your 2D drawing receives the latest view.
currently we are using a dumb way, which we create a drawing with the exploded view, and snip the view and insert as a picture. This is the only way we see it works, but this method defies the whole purpose of having automatically updating assembly and BOM on the 2D drawing.
anyways, please share your thoughts or if you have any suggestion/solution for these kind of problem.
thanks, most sincerely,