Assembly Animation Pen, and ease of use request

dana_kelley262 Member Posts: 31 ✭
January 2020 in Community Support
When designing moving parts, such as linkages, it would be convenient to place pens at connecting joints to see the joint's motion. Does OnShape have this capability?
I do have a linkage and gear modeling tool, found on the internet, that has the pen feature which came in very handy. Linkage Mechanism Designer and Simulator is a windows base program. It works well to first test out linkages. It helped fine tune this OnShape CAD design before doing the 3D Cad. It also has gears which I've yet to use. 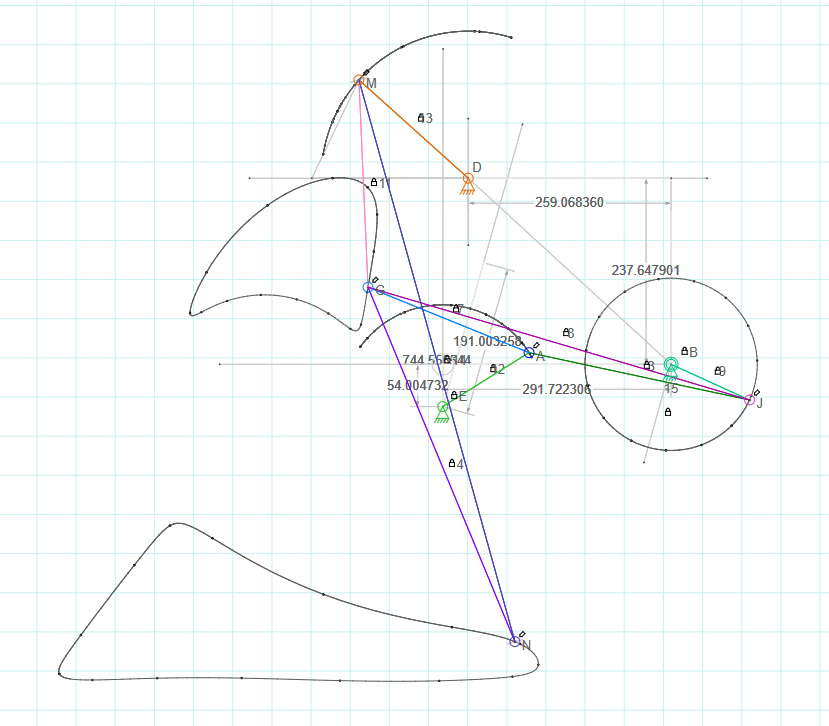 Ease of use for revolute.... and a different topic. I have found the animation a bit difficult to predict and control for something as simple as a gear revolute. After searching the forums it became evident playing around with the mate connectors etc... did effect rotational direction. But there ought to be direct user input without limitations on direction and angle of rotations. This must be something assembly animation users would love to have ease of use. Is there a more direct way to control revolve.
Interference - is there a way to specify clearance tolerances when checking interference? In the above design One part is a breath away from touching another. It is certain to hit when built and make clicking noises. So the ability to specify x,y,y clearances between parts would be nice. For easily visible parts not sure it matters. For those hidden from view it does matter. One would have to hide instances to see deeper into a design.
Tagged:
0