wei_xun Member Posts: 9 ✭
May 2020 in Using Onshape
I am unsure why I am unable to thicken the side faces of the mouse. It highlights the point in the back. I think it may have to do with the sharp corner. 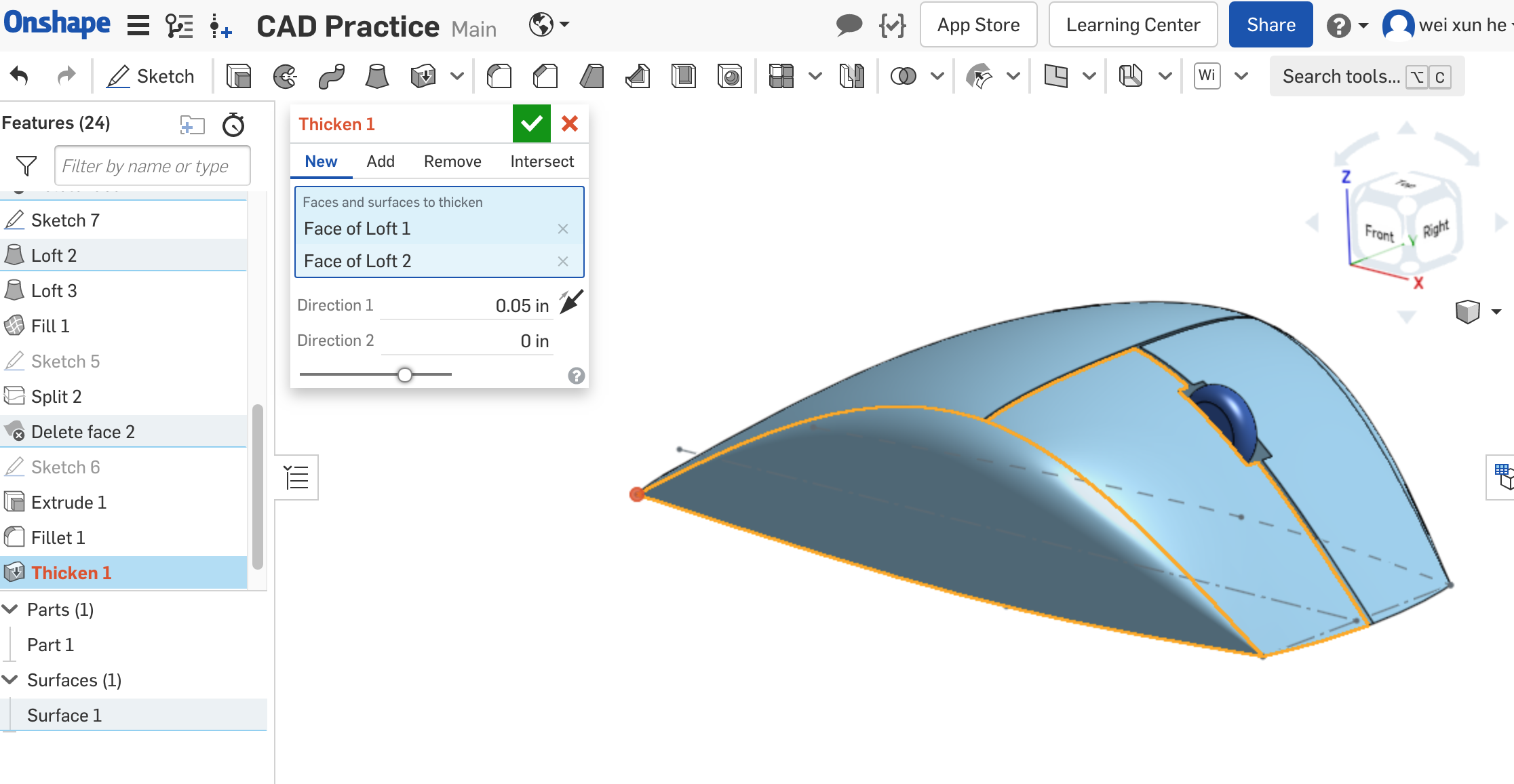 Does anyone have any ideas why this is happening and what I should do differently?