douglas_clark Member Posts: 11 ✭
May 15 in Community Support
In the image below I've highlighted 2 subassemblies, I want to get all if the parts from the 2 subassemblies into 1 subassembly.
Ideally the top one but at this point I'm frustrated enough not to care.
The assembly Drive Train is a separate doc inserted into the top level doc that Cooling system is a subassembly in.
So far if I drag the parts from one to the other I get the message "Operation cannot be completed as it would modify a saved version.".  If I copy and paste the parts from one to the other the pasted parts go to random positions and not where they were in the original.

If I could I would turn versioning off completely, I seem to be constantly creating versions so I can see design changes to parts in higher level assemblies, I get the function I think but it feels like its getting in the way when its a 1 person project. 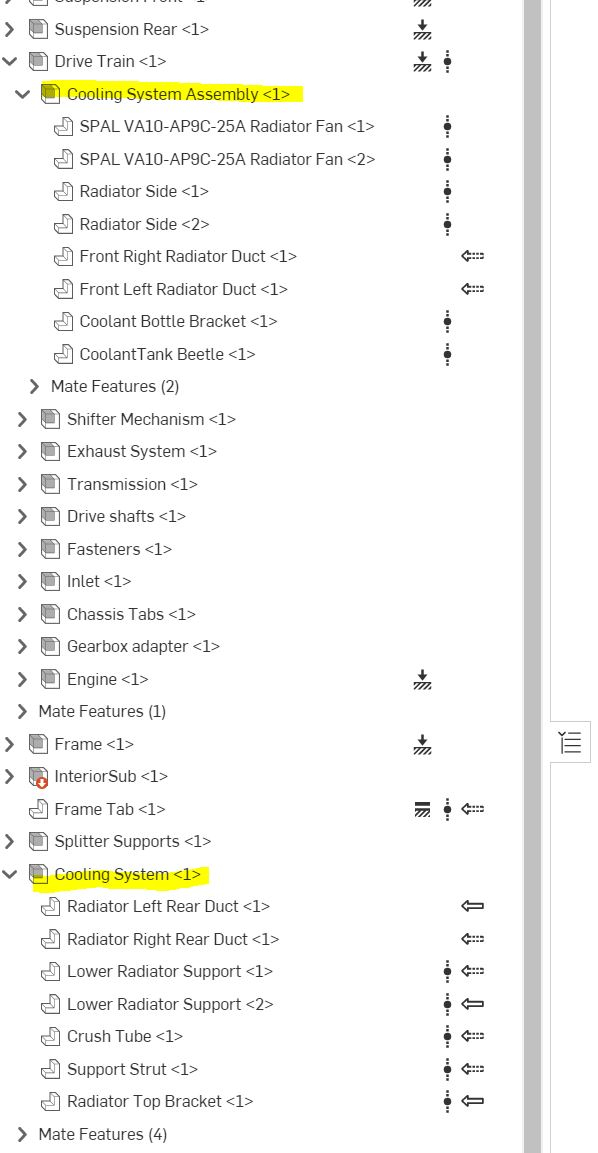 On versions, how do I clean up the below?